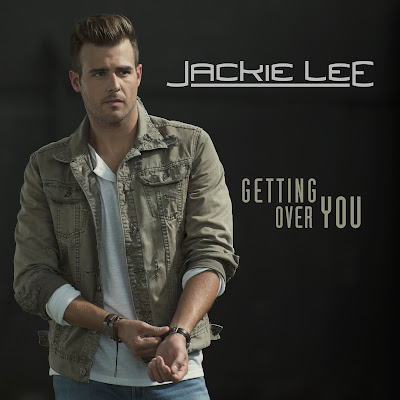 Powerhouse vocalist Jackie Lee catapulted onto Country radio today (12/12) as his emotionally-charged new single “Getting Over You” scored 31 total adds, earning its position as a Top 3 most added song at U.S. Country radio this week. The Broken Bow Records artist wrote the introspective track alongside Brent Anderson and founding guitarist of platinum selling pop-rock group Boys Like Girls, Paul DiGiovanni.

On the heels of the single’s release, critical praise has been quick to pour in. Just last week, CMT named Jackie one of its “17 for 2017” LISTEN UP artists while Rolling Stone Country lauded that “Getting Over You” is “poised to be his breakthrough moment.” Additionally, Sounds Like Nashville applauded the game-changing single in its in-depth profile of the rising star HERE.

“I know that it’s touching people and that’s why I chose to do music. I want to touch people, I want people to know I mean business and I’m passionate about what I’m doing and I hope that comes across,” the singer/songwriter shared of “Getting Over You” exclusively with Sounds Like Nashville.

Influenced by classic country singers like Faron Young and Keith Whitley as well as popular music icons like Justin Timberlake and Maroon 5 – Jackie has carved out a distinctive style, benchmarked by his big, soulful vocals. The Broken Bow Records artist has earned a plethora of accolades for his brand of authentic country music including being named one of Rolling Stone Country’s “10 Artists You Should Know,” Billboard’s “10 Hot Country Artists to Watch” and PopSugar’s “New Country Music Crush.”