SO YOUR FAVORITE ARTIST WON'T RESPOND TO YOUR TWEETS? THIS MAY BE WHY ... 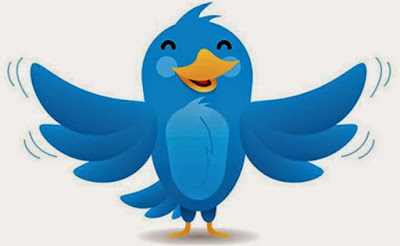 The purpose of social media is to connect with people and the goal of many music fans on Twitter is to make that connection with their favorite artist. Who doesn't like to get a response back from an artist or better yet, a follow? Twitter is the most powerful tool there is for connecting on social media and the best way for a most direct connection between fan and artist other than being at a concert. That being said, there are ways to connect positively and ways that will definitely make you known to that artist but in a not in the way you'd hoped. Here are some tips to make your Twitter experience a positive one! Remember that Twitter is just a simple conversation, the only difference is that it's done via a keyboard. This isn't written as a self-proclaimed "expert", "guru", "maven" or any other self important word people tend to give themselves, but it is written from experience and from conversations I've had with celebrity friends that I have offline and interact with. I've had conversations with many artists and this is always a question I ask them, "what is the best way to get your attention on social media?". It's simply observation and information. You want to get their attention, not get a restraining order.

We've all seen it - a million tweets from the same person in our favorite artist's timeline. It fills up the timeline over and over again. Some even make your skin crawl. Keep in mind that artists and celebrities are crazy busy. They're not sitting at their computer or looking at their phones all day. There are rehearsals, travel time, schedules set by their labels and management, family time, recording time, etc. They don't get as much time to sit and respond as they'd like, but most do when they can. Also remember that they get hundreds, if not thousands, of tweets a day. It's very easy for you to get overlooked. It's not personal, it's just reality. If they see your tweet and want to respond, they will. If they don't, don't take it personally, they can't realisitically respond to every tweet they get on a daily basis nor are they required to. While Twitter is a great marketing tool for them, it's also not something they have to do. Most do it because they love the interaction, some do it because their management tells them to. Put yourself in their shoes and in the scenario of being offline - do you want someone texting or calling you 45 times in an hour? No, it would drive you crazy and make you wonder if this person is crazy or not. Being persistent is fine, being a pest is not. You can cross the line from fan to creeper pretty quickly which can also lead from being welcome to being blocked.

It's awesome that you "love their music" or that you "can't wait to see them", blah blah blah. Amp it up a little, tell them WHY you love their music, why it makes an impact on you. You can fit it into 140 characters with some creativity and real thought. Tell them something personal that connects you to their music, of an experience you had at a show that stuck with you, tweet something funny (those tend to get a ton of attention). Avoid the "you're so hot", "I love you", "Luke, you could make my speakers go boom boom" tweets. Those are a dime a dozen and are often overlooked.

Don't Include Them in Every Conversation

Yes, we know you want them to know you're talking about them but it's not necessary to include their handle in every conversation, every response, every tweet throughout your day. Fans who are reading an artist's timeline don't want to see your conversation with @Fan123 @WhoCares119 @ITalkAlot419 @OMGWTF about how dreamy he is or how you made the coolest sign to take to the next concert. Keep some conversations just between you and your friends, unless you are talking directly to the artist or have already started a conversation with them that included a response from them. It's like talking about someone and hoping they overhear you, not cool and again, it's overkill and is a HUGE turn off.

Talking about someone negatively will connect, but not in the way you hoped. Even though you may think telling an artist  things like they "look tired", "need to rest", or "sounded a little off" at the last performance is being helpful or concerned, to a lot of them, it comes across as negative. I'm pretty sure they already know they're tired and know they sounded off, no need to tell them. Try to keep your tweets positive, constructive. Negative tweets will never get you anywhere except blocked.

Offer to Help Them

Yes, most already have a TON of help getting their music heard, but the newer artists don't. They depend on fans to be their first point of contact. Tweet them and ask them how you can help, what do they need from you to promote their music? Offer ideas. Be proactive. Let them know if you have a venue in your area you'd like to see them play or an event.

Don't Demand or Hound Them

They're people just like you, they just have a different job. You don't like it when people demand that you do something, return the courtesy online. Don't beg for follows, give them a reason as to why you're a good person to follow. What makes you so interesting that they should follow you? Just because you followed them doesn't mean they're required to follow you back. If they haven't responded to your tweets, don't constantly ask them "why are you dissing me?", "what did I do wrong" or "why don't you like me?" That comes across as needy, clingy and desperate and while it will attract their attention, it will do so in a negative way. You'll become known as "that person" and none of us want to be "that person".

Just Be Nice and Talk, Be Yourself

Tweet a compliment, a thank you, a song lyric of theirs that means a lot to you, something that makes them want to respond. Kindness will work so much better than pressure or being annoying. Stand out in the Twitter crowd, don't blend. This is your chance to connect and even though the changes are remote, maybe even really make a friend of your favorite artist. Respect them and they'll respect you.

Enjoy your experience, don't stress over it. Twitter can be a fun place if used correctly.