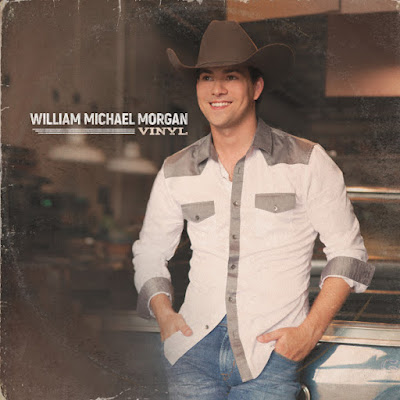 William Michael Morgan is set to kick off the new year with Kathie Lee and Hoda on NBC’s TODAY, making his national TV debut on January 4 to perform his No. 1 hit “I Met A Girl”. The poignant song, along with his newest single, “Missing,” are featured on his recently released critically acclaimed debut album VINYL.

The project, hailed by Roughstock as “one of 2016’s absolute best…” will be released on vinyl on December 16 and may be purchased at WilliamMichaelMorgan.com. To celebrate the release, Morgan will be performing on the Grand Ole Opry presented at the Ryman Auditorium that night. Following his performance on the historic stage, he will join fans to sign copies of his CD and LP. For tickets and information, please visit opry.com.

To add to the New Year excitement, Morgan has been selected to join an elite class as a member of the 2017 New Faces of Country Music and will be performing at CRS on February 24th at Nashville’s Omni hotel. For more information visit countryradioseminar.com. He’s also been named a 2017 Next Big Thing artist by Music Row.

The 23-year-old Vicksburg, MS native will be far from “Missing” as he continues on the road throughout the fall before joining country music stars Lee Brice and Justin Moore on the “American Made” Tour in 2017. His breakout mega-hit “I Met A Girl,” which topped Country Radio charts and SiriusXM’s “The Highway” Top 45 Countdown chart, has garnered over half a billion audience impressions, including over 20 million on-demand streams. His critically acclaimed album VINYL debuted in the Top 5 on Billboard’s Country Albums Chart.