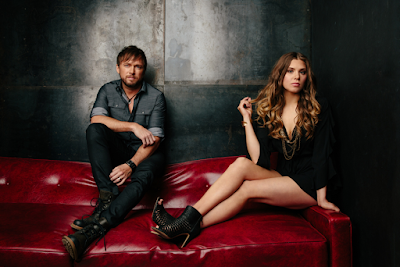 Indigo Summer is a duo made up of Bryan Edwards and Hope Nix. They each have an impressive track record as solo artists opening for some of country's biggest names including Jason Aldean, Keith Urban, and Charlie Daniels. They each also have a strong songwriting resume penning cuts for numerous recording artists and TV placements. The two met at a songwriter's night at Hotel Indigo in Nashville, TN and quickly hit it off. Their new self-titled debut release features all original songs written by themselves and offers a new and exciting sound to country music! Their new music video for "Something You Miss" has already received over 500,000 views and counting. The single has been getting 25,000 spins per week on Pandora Radio and 14,000 streams per week on Spotify. They've been receiving rave reviews from almost every major press outlet in Country music and are quickly becoming one of the fastest growing names in the industry.

Posted by LovinLyrics at 1:36 PM