MORE THAN 800,000 STREAMS IN FIRST WEEK OF RELEASE 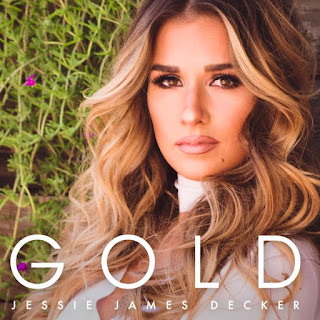 Late last week, Jessie shared a series of video vignettes for songs from the newly released project. Her family, including husband Eric Decker and children Vivi and Bubby, are featured in the clip for title track, “Gold.” View all the videos HERE.

Produced by Daniel Agee and recorded at his studio in Nashville, the project’s sultry lead single “Lights Down Low,” has garnered more than 6.5 million streams on Spotify. GOLD features tracks written by powerhouse songwriters Jeffrey Steele and Jesse Frasure and Grammy winning artist Maren Morris. Jessie is co-writer on two of the EP’s five tracks.