TY HERNDON TO APPEAR ON OPRAH'S "WHERE ARE THEY NOW?" AIRING FEBRUARY 4 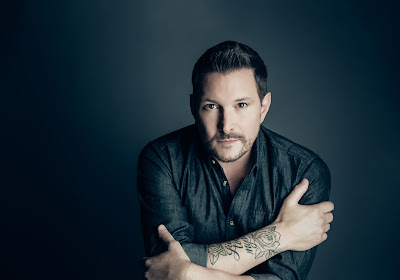 Grammy-nominated and Dove Award winning artist, Ty Herndon will appear this Saturday, Feb. 4 on Oprah’s Where Are They Now?, airing on The Oprah Winfrey Network at 10/9c p.m.

The country-recording artist will share stories about his journey; a reflection on the personal challenges and struggles he’s faced and conquered, and how he’s continuously bettered himself as a musician by telling his truth through his music. Herndon will also discuss his latest studio album, House On Fire.

Herndon released his latest and most ambitious album to date, House on Fire, in November of 2016. The album is a collection of 12 songs, co-produced by Herndon and Nashville stalwart, Erik Halbig, that shows a deeper, greater strength from a man who has been there and back and lived to tell about it. Herndon is credited for co-writing six of the 12 tracks. The album has received critical accolades from the Nashville music community and beyond including USA Today, People, Huffington Post, Rolling Stone Country, Sounds Like Nashville and more.

A philanthropist at heart, Herndon has donated his time to organizations such as the Trevor Project, Make A Wish, St. Jude, GLAAD, HRC and Feed the Children. “Fighter,” a focal track from House On Fire, has garnered attention for having benefitted The Trevor Project, a national organization close to Herndon’s heart that provides crisis intervention and prevention throughout the LGBTQ community.

Herndon’s 20-year career has resulted in an impressive string of hits, including four No. 1’s (“What Mattered Most,” “Living in a Moment,” “It Must Be Love,” “Loved Too Much”), as well as numerous Top 10 hits, including “I Want My Goodbye Back,” “Loved Too Much,” “A Man Holding On (To a Woman Letting Go),” and “Hands of a Working Man.” He’s acquired 20 Billboard charted singles to his credit, numerous industry awards, and more than five million albums sold.

Enjoy a sneak-peak performance of “House On Fire” from the episode below.