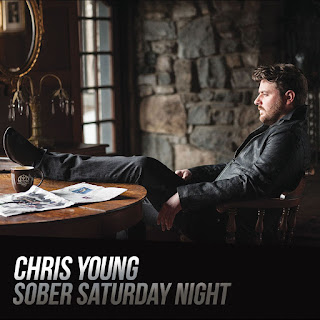 CHRIS YOUNG scores his ninth No. 1 today as “Sober Saturday Night” his collaboration with VINCE GILL, takes the top of the Billboard and Country Aircheck radio charts this week. The “undeniably country ballad” (Taste of Country), named one of Esquire’s 10 Best Songs and written by Young with Brad and Brett Warren, is the third consecutive chart-topper from Chris’s Gold-certified album I’m Comin’ Over, which opened at #1 on Billboard’s Top Country Albums Chart. “Sober Saturday Night” is the follow up to Chris’s ACM, CMA and Grammy® nominated duet “Think Of You,” with Cassadee Pope.

Chris formed his appreciation for the history of country music listening and watching closely to genre ambassadors like Gill. Growing up in Middle Tennessee, Chris witnessed Vince perform for a sold-out crowd at Nashville’s former Starwood Amphitheater.

Recalling the recording session with his now friend and mentor, Chris said, “I got to sit in his studio and hang out with Vince all day. It's just such a cool full-circle thing for me. He’s absolutely someone that I put on a pedestal as a vocalist, as a musician, and as a person.”

"I'm really grateful to be a part of Chris's great career up to this point,” said Vince. “He has an amazing future ahead of him. Thank you Chris for the opportunity to become a collaborator and a friend."

Chris and Vince debuted the celebrated single on “The Tonight Show Starring Jimmy Fallon,” performing the song with multi-dimensional hip-hop group The Roots in 2016.
Posted by LovinLyrics at 3:49 PM