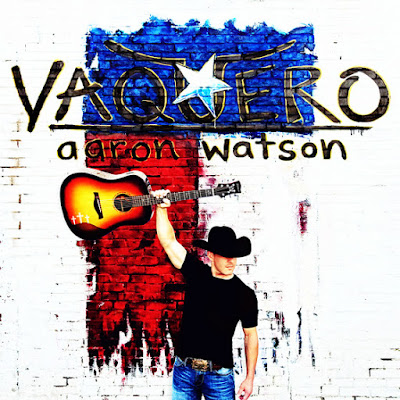 Vaquero, the new album from independent country artist Aaron Watson debuts in the Top 10 on the Billboard 200 albums chart with his biggest career sales week to date, and #2 on the Top Country Albums chart with 39,000 equivalent album units in total consumption. Vaquero landed at #1 on Billboard’s Independent Albums chart across all genres. The singer-songwriter, with his groundswell of loyal fans, opened at #1 on iTunes Country Albums chart and has continued to stay perched in the top spot consistently for over a week. As momentum of the release increased over the week, Watson soared to #1 on the iTunes All-Genre chart. Watson made history in 2015 when his 10th studio album The Underdog hit #1 on the Billboard Top Country Albums chart (26,000 albums sold), making him the first-ever independent, male country artist to debut in the coveted top spot. Watson’s rise was paved by years of hard work and perseverance, and his story is currently featured in an extensive 9-page piece in Texas Monthly’s March issue. Read the in-depth article, HERE.

Aaron Watson continues to dominate as a true independent in the country music arena. Marking off major milestones along the way, he’s gearing up to headline the opening night of the Houston Livestock Show & Rodeo on March 7th at NRG Stadium (home of the 2017 Super Bowl). Watson will be recording a live CD/DVD to capture the evening as the first artist permitted by HLSR to do so since George Strait in 2001. Watson recently performed for a sold-out crowd (70,000+) at the San Antonio Stock Show & Rodeo in the AT&T Center and he will be among the star-studded lineup for the Academy Of Country Music’s Party For A Cause Festival in Las Vegas, NV on April 1st.

Vaquero has released to overwhelming support from press, including Billboard, Rolling Stone Country, Noisey, The Boot, Taste Of Country and more. All have praised Watson’s well-crafted songs; his impressive path carved outside of the Nashville establishment and his steadfast commitment to his Texas roots. See more press highlights HERE.

"Above all, he is authentic. What you see is what you get. At a time when everyone and everything seems overly marketed, when we’re being constantly manipulated and sold to, the music of Aaron Watson can be awfully appealing. There’s no gimmick, no pretension, there’s certainly no irony.” – Texas Monthly

"Watson’s knack for shaping sharp, hooky choruses makes this eleventh edition to his catalog not just a worthy complement to ‘The Underdog,’ but a textbook example of his talents in a genre overflowing with shapeless, cookie cutter ‘bro country,’ little of which is half as enjoyable or well-crafted as the majority of ‘Vaquero’."

Watson shared a snapshot of the last 18 years and his slow-and-steady climb to the top with fans via Facebook in a video that has gone viral, racking up over 6 million views, HERE.
Posted by LovinLyrics at 3:28 PM