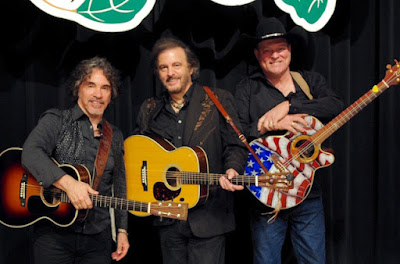 Upcoming shows, available live (at 6:45 p.m. EST) via streaming at www.Woodsongs.com, include appearances from noted pianist George Winston, Guy Davis and Aoife O’Donovan, among others.

The weekly show is live at the Lyric Theatre & Cultural Arts Center. It is recorded and feeds to more than 500 radio stations across North America and Internationally. The radio program is also available to both noncommercial and commercial radio stations.  It is also broadcast on the American Forces Network in 173 nations to over 1 million listeners worldwide, and every US Naval ship at sea.
Posted by LovinLyrics at 3:54 PM