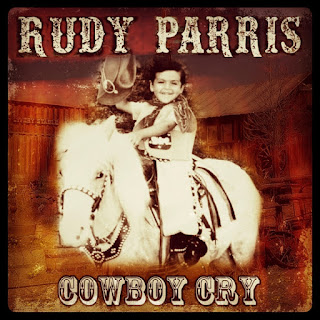 Rudy Parris new single, “Cowboy Cry” is available now! Rudy is continuing his concert appearances and radio station tour through the summer, in support of his debut album and mantra, “Makin’ My Way.” Contact us now to schedule on-air interviews and appearances.

As a Visalia, CA, native, he is of Navajo descent and was influenced by the Bakersfield sound, due to a residency playing alongside Buck Owens at his Crystal Palace. Citing Owens and Merle Haggard as his greatest influences, Parris feels fortunate to have been mentored by the masters. “I learned from Buck that I just need to be me,” Parris says. “Buck played his music, had fun, and joked around. He instilled in me a sense of freedom to be myself.” Carrying the Bakersfield torch is important to Parris, which is why his producer, Jim Ervin, chose to record the album at Capitol Records “Studio B” (the same room where both Owens and Haggard recorded their hits).

Rudy continues to expand his fan base, staying busy as an in-demand live draw, having performed as a solo artist with some of the biggest names in music, including Merle Haggard, Hank Williams Jr., Bo Diddley, Jerry Lee Lewis, James Brown, Buck Owens, as well as touring with Hank Williams III.

“He damn sure may not look country, but country’s still in there, man!” ~ Blake Shelton

Posted by LovinLyrics at 9:47 AM