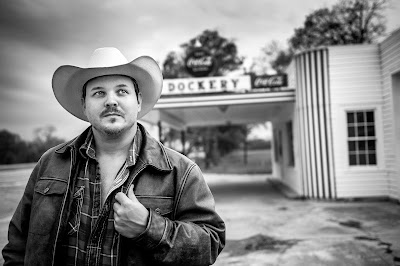 An official audio/video track of “Runnin’ After Rainbows” from country artist Andrew Pope is now available.The track was written by Pope and Mark Narmore and features legendary musicians Robby Turner and Mickey Raphael on steel guitar and harmonica.

“Runnin’ After Rainbows” is just one of the many highlights from Pope’s new album, Stoned On The One, which will be released on May 5 via Alacob Music (pre-order here). The Daily Country describes the album as “slow burning honky tonk heartbreak,” and says “Pope has given us a stone cold, flat out country release from start to finish.”

Recorded primarily at the legendary Sound Kitchen in Franklin, TN and produced by Pope, Stoned on the One was written as a concept album following a man that is dealing with a breakup and searching for closure. Pope's songwriting depth is showcased on each of the 13 tracks. “Most of these songs came about during difficult times of my life,” Pope shares. “Sometimes when you are dealing with sh*t and searching for answers, a song is born. That’s how this record was molded and it ain't no love song record. I’m very proud of this record, more than I have ever been proud of anything in my life.”

A nationwide tour in support of the album is also being planned. Dates will be announced soon.

“It certainly cements Andrew as an artist through the coming years, and when it comes to top tier country albums this year, you can file this away as one.” -- Country Music Minds

"Pope’s voice is just naturally made to sing about country music. It’s warm, inviting and feels so familiar even upon your very first listen." -- Country Perspective

1. Stoned On The One (Mark Narmore, Dave Smith, Andrew Pope)

6. Even Ramblers Get The Blues (Andrew Pope)

11. Whiskey Gets Me There (James Otto, Andrew Pope)