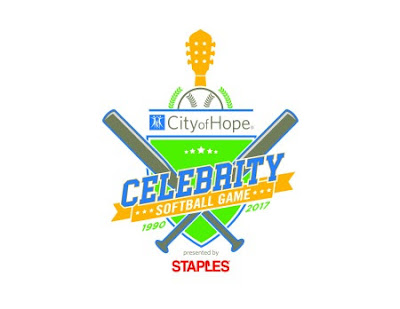 The hits keep coming as the City of Hope Celebrity Softball Game presented by Staples® continues to announce talent for their 27th annual event. The starting lineup is revealed with all-stars Kellie Pickler, Lauren Alaina, Aaron Watson, Danielle Bradbery and Kaitlyn Bristowe and Shawn Booth from ABC’s “The Bachelorette.”

Reba McEntire was previously announced as performing the National Anthem. Many more artists to be announced!

This group of artists will meet at the field on Saturday, June 10, at First Tennessee Park for some friendly competition for a great cause. Founded in 1913, City of Hope is a pioneer in the fields of bone marrow transplantation, diabetes and numerous breakthrough cancer drugs based on technology developed at the institution.

Tickets are on sale now at Ticketmaster.com. 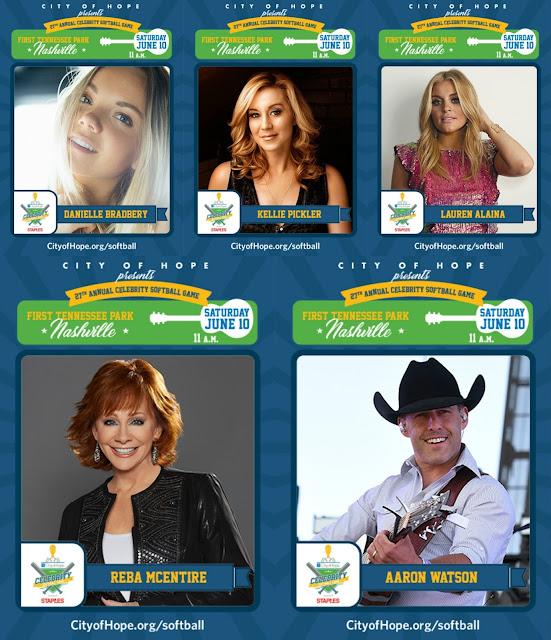 Posted by LovinLyrics at 5:16 PM