GABE DIXON ADDED TO LINEUP FOR “150 YEARS OF ST. BERNARD ACADEMY" BENEFIT CONCERT AT THE HISTORIC RYMAN AUDITORIUM ON APRIL 18 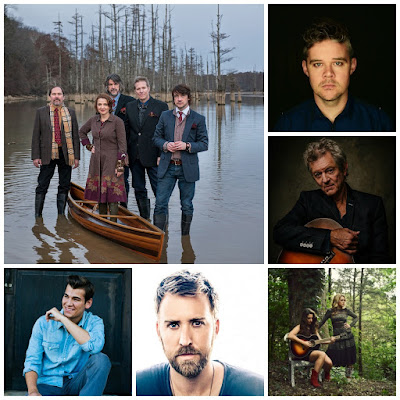 Singer-songwriter Gabe Dixon is set to perform for "The Stars Salute St. Bernard Academy" benefit concert along with previously announced performers The SteelDrivers, Rodney Crowell, Charles Kelley, Zach Seabaugh and Aberdeen Green. The event will take place at the historic Ryman Auditorium on Tuesday, April 18, 2017 and will benefit Music Health Alliance. Limited tickets are available at the Ryman Box Office.

Gabe Dixon released his sophomore solo album, Turns To Gold, in April 2016 on his own Rolling Ball Records. Paste Magazine called it “heart-wrenchingly honest,” and No Depression said it’s “simply an exceptional album” with “all the makings of a big breakthrough.” Gabe's music has also been featured in Rolling Stone, American Songwriter and Elmore Magazine, and he has made several live television performances, including "Jimmy Kimmel LIVE!," "The Late Show with Craig Ferguson" and "Last Call with Carson Daly."

The three-hour benefit concert will feature special guests and unique collaborations. The legendary Rodney Crowell will take the stage with an acoustic quartet, including a Celtic harpist, to perform music from his newly released album Closer Ties. With acts ranging from the "soulgrass" group The SteelDrivers to Lady Antebellum's Charles Kelley to exciting newcomers Zach Seabaugh and Aberdeen Green, it will be a night to remember at the historical Ryman Auditorium.

“St. Bernard Academy is home to many students whose parents are involved in the Nashville music community and we are thrilled to be able to be a small part of the school’s storied history,” says Tammy King, founding member of The SteelDrivers and parent of a St. Bernard Academy student. “This school is steeped in tradition and history, just like Nashville, and we have loved being a part of the esteemed institution,” she added.

Music Health Alliance will be the recipient of a donation in honor of the performing artists that will be presented during a special recognition by members of the SBA student body.

Posted by LovinLyrics at 5:10 PM