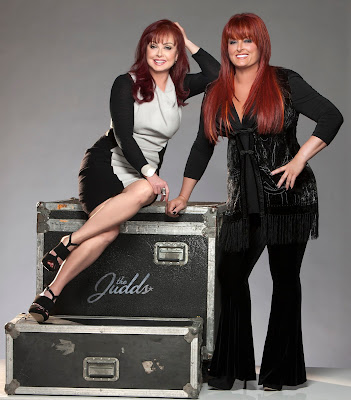 In their 1986 classic, The Judds sang “Grandpa (Tell Me ‘Bout The Good Ol’ Days)”. The lyrics from that song that still evoke feelings of nostalgia for their millions of fans to this day and Naomi and Wynonna want fans to help them remember the 'Good Ol’ Days’ from their celebrated career.

Every Thursday, a new year in Judd herstory will be posted on The Judds Facebook page. Wynonna and Naomi are encouraging fans to look back through their photos and share pictures from that year that they may have taken of or with the five-time Grammy winning duo. Each week, the ladies will select a winner for a prize pack of CD’s including their five studio albums, Why Not Me (1984), Rockin’ With The Rhythm (1985), Heartland (1987), River Of Time (1989), Love Can Build A Bridge (1990), as well as the catalog staples Christmas Time With The Judds, Spiritual Reflections, and Number One Hits – with one CD in each package autographed by the duo. Each winner will be included in a drawing at the end of the promotion for a personal video message from Wynonna and/or Naomi Judd themselves.

“In honor of Throwback Thursday, we want to see some Judds #TBT pictures from YOU, the fans,” says Wynonna. “We started with the year 1980 when we first made our debut on The Ralph Emery Show as the ‘Soap Sisters’ and we’ve already had one winner. Don’t miss out on the fun!’” adds Naomi Judd.

Come back every Thursday as we celebrate another milestone in Judd Herstory! Good luck Juddheads!
Posted by LovinLyrics at 9:44 AM