TUNE IN: RONNIE MCDOWELL THIS WEEKEND'S GUEST ON HONKY TONKIN' WITH TRACY LAWRENCE 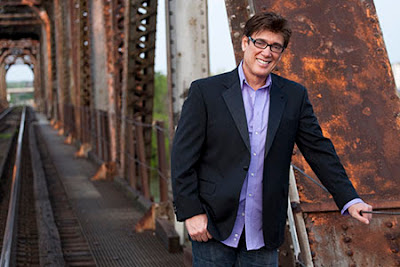 McDowell just released Songs I Love, his one-of-a-kind rendition of the songs most special to him by artists including Eddie Rabbitt, Frank Sinatra, Ricky Nelson, Merle Haggard, B.J. Thomas, Charlie Rich and more. Two new tracks co-penned by McDowell titled “I Want That Girl” and “He Still Has You” round out the project, which showcases a never-before-seen photo of a young McDowell on the back cover. Click HERE to purchase Songs I Love.

McDowell fans in Nashville can tune in to 650 AM WSM on Sunday from 12 p.m. to 3 p.m. CT to hear Honky Tonkin’ with Tracy Lawrence. Lawrence, one of the most recognizable voices in country music, is a multi-platinum CMA and ACM award winner. The two artists combine for more than 35 Top Ten hits.

Since his breakout tribute to Elvis Presley “The King is Gone” took the world by storm, Ronnie McDowell has charted more than thirty Top 40 hits on the Billboard country music charts. Two of his singles, "Older Women" and "You're Gonna Ruin My Bad Reputation," reached No. 1 on the country charts. He has also released more than twenty studio albums.
Posted by LovinLyrics at 4:18 PM