Schedule to include On the Rise, Live from the Couch, Saturday Night Field Party,
and Songs & Stories with John Berry 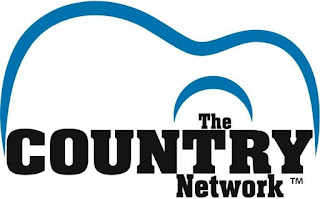 With two Telly Awards under its belt, The Country Network is starting to earn a name for itself, releasing the first look into its new-and-improved summer programming, with shows On the Rise, Live from the Couch, Saturday Night Field Party, and Songs And Stories with John Berry.

On the Rise will debut the first music videos of brand new artists, as well as videos from more seasoned veterans, but the show will be solely hosted by these up-and-comers and the playlists they create. Designed to showcase those striving to make it in country music, On the Rise will introduce the audience to those they wouldn’t normally hear on the radio for a “you heard it here first” mentality.

Live from the Couch invites artists to the “Couch” to perform their tracks acoustically and be interviewed in a way meant to bring the fans closer than ever to their favorite artists; where guests can talk openly about themselves, their music, and the future of their careers. Each session will contain multiple artist performances and interview snippets.

Saturday Night Field Party is hosted by a variety of musical guests. The first four episodes featured Colt Ford, leading up to the release of his newest music video and album, “Love Hope Faith.” The hour-block show features the best of country-party videos that will speak straight to the heart of young, rural America—make you want to shut down the John Deere, spark up the bonfire, pop your tailgate, and crank up those tunes.

Songs and Stories with John Berry will focus on the connection between the artist and their most popular and meaningful songs that influence their careers. The series is being filmed at Nashville’s historic Douglas Corner, the same venue where Berry originally showcased to receive his first major record deal. Alongside Berry, the first season will feature special guests Billy Ray Cyrus, Craig Morgan, Clay Walker, Suzy Bogguss, Mo Pitney, Neal McCoy, Billy Dean, and more.

Already having won two Telly Awards in creativity for shows “Our Land—The Music Highway” and “Guitars & Swim Up Bars,” the Network’s initiatives has broaden its scope to include music video production. The team already has five music video projects with artists on the books, with development in progress.

Finally, in honor of the 25th Anniversary of George Strait’s Pure Country, The Country Network is airing a special TV event dedicated to the film that took place mid-April and hosted at the Western Kountry Klub, where the movie was filmed. The celebratory special, airing on May 15th, will include Jim Lauderdale, Steve Dorff, and Rex McGee, the movie’s song and screen writers, recounting their stories about the cast and production.

Headquartered in Nashville, Tenn. and Fort Worth, Texas, national television network, The Country Network (TCN), airs music videos, countdowns, special programming and more. Available in 51 markets, a reach of over 41 million DMA households, TCN can also be viewed on Roku devices, and via streaming online at www.tcncountry.com. A full list of affiliates/markets is available here.  Throughout 2017, TCN remains focused on special programming and its growth strategy.
Posted by LovinLyrics at 11:23 AM