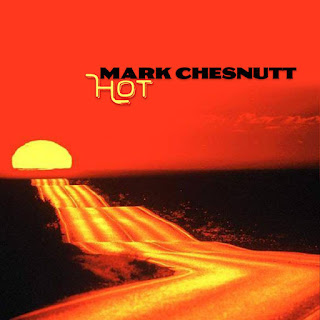 With countless chart-topping hits under his belt, Mark Chesnutt continues to spice up his prolific career with new single, “Hot,” the second release from 2016’s Tradition Lives. In conjunction with the single, Chesnutt has released his very own hot sauce, just in time for summer barbecues and celebrations.

“Hot” paints a vivid picture of a day in the sweltering heat, much like a summer in Chesnutt’s home of east Texas. Written by Donald Poythress and Wynn Varble, the track comes from Chesnutt’s most recent release, Tradition Lives, which was met with much critical acclaim and topped several “Best Album” lists in 2016. Download the single and album HERE.

Fans and foodies nationwide can “taste the Texas heat” with new Mark Chesnutt Hot Sauce, available now. A bundle, including hot sauce, a limited edition t-shirt and a copy of “Hot”, can be purchased at MarkChesnutt.com.

Increasing the excitement of summer 2017, Chesnutt is crisscrossing the country on tour, bringing timeless hits and new music to his loyal fan base. In addition to shows in the states, his schedule includes stops in Canada and the U.K. Tickets and VIP passes are available at MarkChesnutt.com.