Bill Anderson Raves About “The Way I Talk” Singer’s Potential 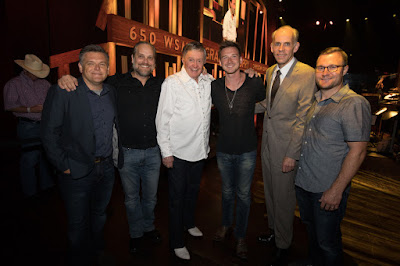 Anderson, who is a member of the Country Music Hall of Fame and holder of 18 #1 hits as a solo artist, raved about the young singer-songwriter and predicted Wallen’s debut was only “the first of many performances on the Opry stage.” Anderson also drew an interesting parallel between Wallen and Country icon Johnny Cash, who made his own Opry debut 61 years to the day on July 7, 1956. 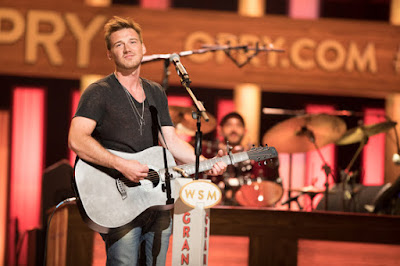 During his performance, Wallen delivered two original songs for the thousands in attendance and countless more tuning in from around the world; the grooving getting-over-her ballad “Whiskey Glasses,” and his breakout first single, “The Way I Talk,” both of which appear on his 2016 EP THE WAY I TALK (produced by Joey Moi). Written by Jessi Alexander, Ben Hayslip, and Chase McGill, “The Way I Talk” is a drawling, take-me-as-I-come anthem which rose into the Top 35 of the Country radio airplay charts, and has already been streamed more than 10 million times on Spotify alone.

Showing off a diverse sound based in modern Country and Southern Rock – along with Wallen’s distinctive sandpaper vocal – the song and EP have helped the Knoxville native earn recognition as one of Rolling Stone’s “10 New Country Artists You Need to Know” and Taste of Country’s 2017 Risers. His video for “The Way I Talk” premiered on CMT earlier this year, and he collected his first single credit as a co-writer on A Thousand Horses’ rocking new release, “Preachin’ To the Choir.”

For more about Morgan Wallen, visit www.morganwallen.com.
Posted by LovinLyrics at 4:15 PM