THE THING ABOUT RAY SCOTT .... 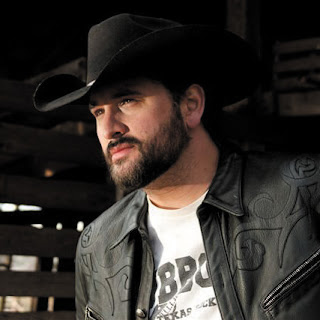 The thing about Ray Scott is that there isn't just one thing that makes me love him as an artist or as a person. There are so many things that there's really no way to put them all here so I'll just give you the Cliff Notes version of why you should give his music a listen and why you will love him too.

- He Side Steps Conventional Wisdom and Listens to His Own Intuition and Creativity. He Delivers Authenticity

When you listen to Ray's music, you'll immediately notice that his writing and vocals won't make you think of anything you have heard on any standard country radio station. You won't hear it and think "ya know who he sounds like?" or "I've heard that somewhere before." The reason for that is there is no one and his songs aren't like every other song coming out of country radio. Ray is Ray, he offers 100% of who he is, take it or leave it, in his music and that's what makes him distinct. He deviates from today's country norm and follows his own blueprint. His smooth deep voice certainly can't be confused with anyone else and his style and lyrical content stand tall on their own. He embraces his eccentricity and his "rayality." He just keeps it real. Country music has been missing "real" for a long time.

- He Created His Own Landscape

Ray carved out his own niche, drew his own lines and blurred them. He doesn't do boundaries and while that might bother some people, judging by his 50K plus fans on social media, which continues to increase daily, it doesn't look like it bothers too many. He did something different with his music, he wrote them in sync with his own personality. Some of his songs, whether they be on the irreverent side or whether they're more personal, all are completely relatable and completely honest both to Ray and to anyone who listens. I know I sure find it refreshing to not hear the same old same old from him and know that with each new song and album, it literally is something brand new, not regurgitated songs just written a little differently like what tends to happen quite often in today's country world, today's music world as a whole actually. It's also nice to know when Ray releases a song or album, it's simply his life and his thoughts put to music, not someone else's idea of what he should sing or write. No one stands out anymore. Well Ray Scott broke that mold by standing on his own two boots. He put the transparency back in country music and the ability to see who the singer or writer is as a person through words and melody. We need more of that transparent quality instead of such thick opacity that you never know what version of an artist you'll see from song to song. Ray's landscape consists of the thick roots of tradition and the mountains that artists before him chose to take on and he continues the path forged by country music history.

When it comes to Ray, you can't assume. If you even try, well, you know what incorrect assumptions do. When the industry assumes the trend should go one way, Ray Scott deliberately turns the other direction. He takes the path of most resistance.  When the industry assumes an artist should project a certain image, he sticks to his own image. You won't find designer skinny jeans, long hair, tight tshirts, or long chains attaching his wallet to his belt loop. You won't find pierced ears or ensembles thrown together by someone who gets paid to dress artists. Ray dresses himself quite well without assistance and keeps it classy and traditional. When the industry assumes an artist should sound a certain way and depends on auto tuner to make that happen, Ray depends on his own natural ability and it's working quite well. He is more than willing to adapt where he needs to but only if it fits who he is. There's room for Ray in this industry, there's more than enough room for him on country radio and it's time for the assumptions to stop and for the acceptance to start for artists like him. His music is fantastic and there's no assuming about that. What you see and what you hear is exactly what you get from him, he's that perfect mix of everything that is country music with an added splash of true legitimacy.

- He Embraces Technology and Uses It To His Advantage

Ray is a big presence on social media because he manages his accounts personally, he responds personally and regularly and climbs over that invisible fence between fan and artist. He doesn't depend on a social media manager to think for him or post what they think is cute and will draw in fans. He talks to his fan base directly, honestly and includes them in his every day life. That is a huge attraction to new fans. No one wants to correspond with an artist through "Team Whoever" and no one wants to see a timeline full of overindulgent self-promotion that only says "buy my new album", "watch my new video", "pick me pick me". People want real, people want a connection and Ray gives them that on social media. He does regular live feeds and talks to fans, answers questions, and performs from his "man cave". He sends out regular email updates. He does what he needs to in order to broaden his fan base and draw people in. He does it because he wants to do it, not because a major label is making him do it. I've watched him interact with people and he's one of the best at it. His use of technology has allowed him to make fans around the world, not just in the US. In the off season, he can be found performing and connecting with his fans in other countries and shares those experiences via his social media pages with his local fans. His music reaches beyond borders, beyond languages and beyond certain ways of life. It embraces everybody and they embrace it in return. Bono said it best "Music can change people" and Ray Scott does just that. Connect with Ray on Twitter, Facebook, Instagram and Youtube and find out for yourself.

Ok, so this went longer than I intended, but you get the point. If you're longing for something real when it comes to your play list, add Ray Scott. If your radio station play lists aren't getting the best feedback, add Ray. If you're a serious player label looking for an artist to add to your roster that's gonna bring you something different and something with staying power, let Ray step up the the plate and bat. Take a listen to any of his songs from "My Kind of Music", "Those Jeans", or "Drinkin' Beer" to "The Fire" and "Livin' This Way". He can fit in anywhere and if there's room for what's out there now, there's certainly room for him.

Posted by LovinLyrics at 6:22 PM