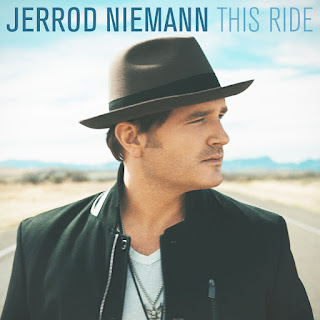 Curb Records hitmaker Jerrod Niemann has won over critics and global superstars alike with the release of his bold fourth album, "This Ride", releasing to rave reviews.

“This Ride … shows a deeper side of the typically party-starting singer, both lyrically and melodically.”
- Billboard

“Thanks to both Niemann’s vocals and its polished production, This Ride proves [he] isn’t afraid to take chances, both in the studio and with his own voice.”
- The Boot

“The highly-anticipated follow up to 2014’s High Noon … will have fans remembering why they fell in love with Niemann from the outset.”
- One Country

Adding to the list of acclaim, superstar Garth Brooks put his stamp of approval on Neimann and recommended for fans everywhere to pick up the just-released project during a recent Facebook Live event.

“This is one of the greatest talents I’ve ever got to run into, just a humble kid from Kansas,” Brooks said. “I would write with this guy every day. I think his well is infinite and I think he’s a great writer, great kid, great singer.”

Brooks is no stranger to Niemann’s skills – or his appreciation for Country history. The talented singer-songwriter co-wrote Brooks’ #1 hit “Good Ride Cowboy” (which was a tribute to the great Chris LeDoux).

Ready for the next leg of THIS RIDE’s journey, Niemann is gearing up to unleash his brand new single “I Got This” that will officially hit the Country radio airwaves on December 11. Written by Rodney Clawson, Josh Osborne, and Luke Dick, “I Got This” is a grooving modern-Country standout that has been called a “strutting indie-pop jam” by Rolling Stone Country and a “simply feel-good tune” by Billboard. Check out the feel-good vibes of “I Got This” here. The catchy tune is the third single from the album, following the sunny “A Little More Love” (featuring Lee Brice) and classy “God Made a Woman.”

Niemann is currently touring in support of THIS RIDE with coast-to-coast dates scheduled through mid-November.
Posted by LovinLyrics at 4:50 PM