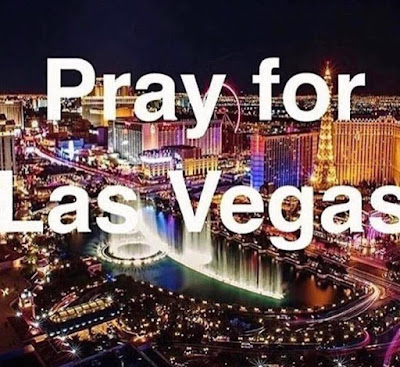 Please keep those affected in the Las Vegas shooting in your thoughts and prayers as we all try to comprehend the reason for such a horrible event. Pray for the families of the victims and pray for those were weren't injured but will always have to now deal with the mental images and memories of being part of such a terrible thing. They will need healing too. Thank you to the first responders who are the true heroes of events like this. You are greatly appreciated.

Among the estimated 22,000 attending the Route 91 Harvest Festival when gunfire broke out Sunday night were a large number of music business and radio professionals. Country Aircheck is compiling a list of those at the venue who have been confirmed safe and will update it throughout the day. Tragically, more than 400 have been hospitalized and fatalities are expected to exceed 50.

• NEED FOR BLOOD TO ASSIST IN SURGERIES. LSTREAM.ORG FOR LOCATIONS AND APPOINTMENTS. WILL TAKE WALK-INS.
Posted by LovinLyrics at 12:46 PM