DON'T LEAF THESE SONGS OFF YOUR "FALL INTO NOVEMBER" PLAYLIST 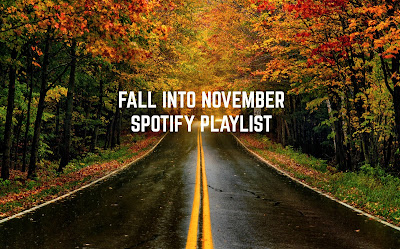 It's that time of year, there's a change in the air with crisp fall breezes and the changing color of the trees. It's also a big time for the release of new music. Check out our "Fall into November" Spotify playlist which includes the artists below. When you're looking for new music, don't "leaf" these artists off your own playlists!

- Current EP "The Hard Way Chapter 2" recently released
- Band made up of lifelong friends and touring musicians who play or have played for artists such as Alabama, John Michael Montgomery, Brad Paisley and others.
- Cash Creek has a current #1 song "Don't Let Me Fall Away" on the Christian Music Weekly Chart

- Debut single "Everything is Texas" hit #10 on CMT’s 12 Pack Video Countdown.
- Current single "Bar That's Open" co-written with Ashley McBryde and Lainey Wilson
- Currently on the road with Parmalee on their "Hotdamalama" Tour

- Produced No. 1 hits for Thompson Square and Parmalee
- Over 1 million Spotify streams

- Releasing their new single, “Sleeping in the Bed I Made” this month - first single since 2015

- Top  finalist, Season 1 of "The Voice" as member of Team Blake.
- Gives back through "Live to Be" and "Bringing Families Together" programs
- Current single "Please Don't Let Her Be Gone" recently released to country radio