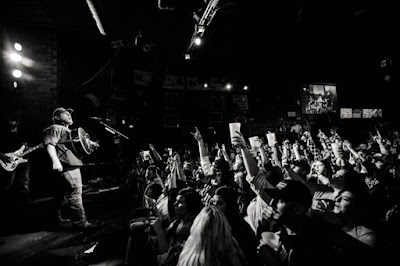 With back-to-back multi-week No. 1 hit singles to his credit, breakthrough star Luke Combs extends his sold-out fall headlining Don’t Tempt Me With A Good Time Tour to spring 2018, adding 25 shows including his two-night debut at Nashville’s historic Ryman Auditorium on February 2 and 3.  Special guest Ashley McBryde joins Combs for the full-throttle party set to kick off February 1. Partnering with Ticketmaster Verified Fan to ensure tickets stay away from scalpers and in the hands of fans, Combs is offering fans the first opportunity to access tickets through his Bootleggers fan club pre-sale powered by Verified Fan. Pre-sale begins Nov. 15 and public on-sale starts Nov. 17. To purchase tickets, visit www.LukeCombs.com.

“We took the whole ‘Don’t Tempt Me With A Good Time Tour’ a little too literal and decided to tempt the fans with extending the tour. The fans have shown up ready for a good time every single date this fall and with spring just around the corner, we decided - hell, this is too damn fun to stop,” shares Combs. “We added 25 dates in 2018 and found the one and only Ashley McBryde and her outlaw attitude and asked her to come out on the road with us. I’ve had the time of my life out here with the fans this fall and can’t wait to take this show on into the new year.”

Combs embarks on his first international tour dates this Spring taking his headlining good-time tour to Canada and joining lineups for CMC Rocks festival in Australia and C2C Festival dates in London, Dublin and Glasglow. News of the upcoming dates comes amid the knockout success of Combs’ first-ever headlining tour, which launched in October to record-setting sales and rocked a packed house of more than 5500 this past weekend at Billy Bob’s in Ft. Worth, TX.  Dates on the current tour continue through December, with every show completely sold out.

Newly announced 2018 Don’t Tempt Me With A Good Time Tour dates are as follows:

Now certified GOLD, “When It Rains It Pours” marked the North Carolina native’s second multi-week No. 1 single of the year—following the PLATINUM-certified “Hurricane”—both featured on his acclaimed full-length debut album, This One’s For You.  The accomplishment makes Combs the first solo male since Sam Hunt (with 2014’s multi-Platinum Montevallo) to achieve back-to-back No. 1 country singles from a debut album.

Entirely co-written by Combs, This One’s For You debuted at No. 1 on Billboard’s Top Country Albums Chart and No. 5 on the all-genre Billboard 200 and has consistently remained among the Top 10 country albums since its release in June.

To stay to up-to-date on Luke Combs news, visit LukeCombs.com.