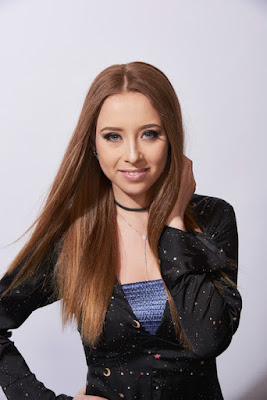 “The team at CMT has been a constant support and safe place for me since I first moved to Nashville four years ago. This was the fourth CMT’s Next Women of Country event I’ve attended, so getting to be in the Class of 2018 was such an honor and a cool perspective moment for me,” said Kalie Shorr.  “I am surrounded by many talented women who I’ve admired and looked up to for a long time. I am very thankful for the people of Nashville who champion women relentlessly, and CMT is at the forefront of that.”

Kalie Shorr, Kelleigh Bannen and Lindsay Ell kicked off the event with a surprise cover of Taylor Swift’s pop hit “Look What You Made Me Do,” which was filmed for an exclusive music video that will air on CMT later in November.

CMT launched its “Next Women of Country” campaign in 2013 as a way to give more attention and airplay to emerging female country artists across all screens.
Posted by LovinLyrics at 10:14 AM