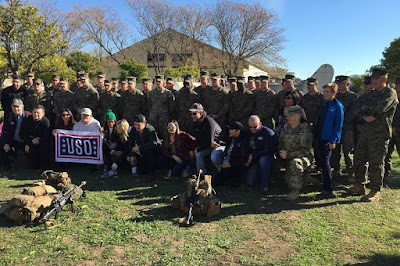 Jerrod Niemann kicked off the USO’s annual holiday tour – led by the Chairman of the Joint Chiefs of Staff Marine Corps General Joe Dunford – on Thursday (12/21). The troupe’s first stop of a weeklong trip spreading holiday cheer was Moron Air Base in Spain where they met with service members from the 469th Air Base Squadron and the Special Purpose Marine Air-Ground Talk Force Crisis Response – Africa. 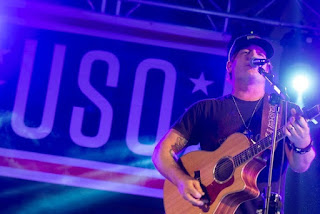