PEOPLE.COM PREMIERES POWERFUL COVER OF “LOOK WHAT YOU MADE ME DO” BY CMT NEXT WOMEN OF COUNTRY’S KALIE SHORR, KELLEIGH BANNEN AND LINDSAY ELL 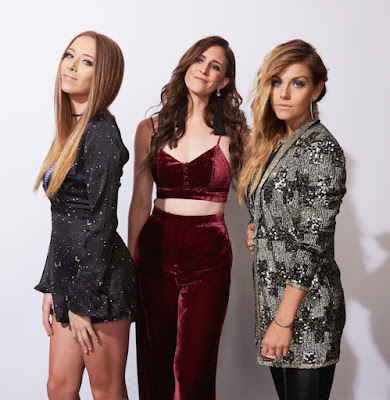 CMT Next Women of Country members Kalie Shorr, Lindsay Ell and Kelleigh Bannen give new meaning to girl power with a compelling cover video of Taylor Swift’s pop hit “Look What You Made Me Do.” The live performance was filmed at this years CMT Next Women of Country event on November 7. The video was premiered exclusively on People.com and CMT.com yesterday.

“Lindsay Ell and Kelleigh Bannen are two of my favorite artists and they both bring something amazingly unique to the table,” Shorr explains. “Lindsay is one of the best guitarists in country music and Kelleigh’s lower range is so unmistakably her. I’ve always loved the music they put out and bonding over the arrangement and performance of this was so fun. It’s a great example of what the CMT Next Women of Country franchise is all about: bringing the talented women of Nashville together, because that’s where we are strongest.”

The trio kicked off this years CMT Women of Country event with an electric performance of Swift’s pop hit that brought audience members to their feet. The celebration announced 9 newcomers to CMT’s elite roster, including Kalie Shorr. Bannen and Ell are members of previous classes of the esteemed group.

Shorr, who is set to release her new EP in early 2018, has been an avid proponent for women throughout her career with empowering songs such as her breakout hit, “Fight Like a Girl.” Her most recent release, “Two Hands,” discusses the importance of finding a partner who accepts and loves your flaws.

CMT Next Women of Country: All The Love Tour Featuring Sara Evans, RaeLynn and Kalie Shorr