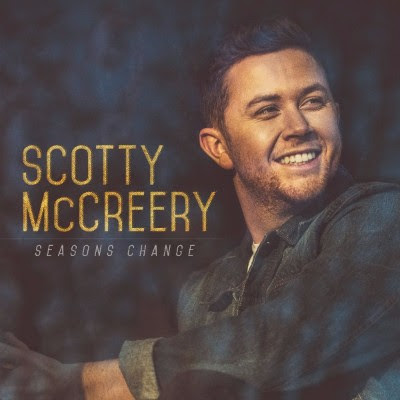 Earlier this year, Scotty McCreery released his single, “Five More Minutes,” a song People called an “emotional walk down memory lane” that pleads for more time with the people and experiences that are important in his life. The ACM, BMI and CMT Award winner wrote the Top 20-and-climbing hit song that The Tennessean says “pulls heartstrings” just two weeks after the passing of his grandfather. Now, the North Carolina native expands on his reflections about life with his highly-anticipated third studio album, Seasons Change, due March 16 on Triple Tigers Records, a Sony Music imprint – his first album on the label. The project was produced by Frank Rogers (McCreery’s See You Tonight, Brad Paisley, Darius Rucker), Derek Wells (guitarist for Kenny Chesney, Brett Eldridge, Little Big Town), and Aaron Eshuis (producer for Ryan Hurd, songwriter for A Thousand Horses, Joe Nichols, Cole Swindell).

Autographed copies of Seasons Change bundled with exclusive merchandise options will be available for pre-order at ScottyMcCreery.com beginning Wednesday, December 20. The official online retail stores’ pre-order, including iTunes and Amazon, will begin on January 12, 2018.

In the five years since he released his last album, the now-24-year-old, McCreery, grew up, built a life outside the spotlight, left college, performed around the world, lost one record deal and gained another, released a book, moved to Nashville, and more. In September, he proposed to his long-time girlfriend Gabi Dugal in the mountains of North Carolina. All of these experiences serve as the foundation of Seasons Change.

“In the last five years, I have grown from a teenager to a man, moved out on my own, lost my grandfather, proposed to the love of my life, and learned more about myself than I could have imagined,” said McCreery. “This all shows up in the 11 songs on Seasons Change, and I cannot wait to share this music with my fans after such a long time between releases.”

“For the first time, I wrote all the songs on my album,” McCreery continued. “It’s kind of my journal of the last few years: the ups and the downs. Whenever I think things are not going well, I’ve learned to just wait it out because the seasons change. If you want to know who I am and where I’m at right now, listen to this album. I feel like I’m having a conversation with everyone that listens. It’s that personal.”

Seasons Change features songs spotlighting his love for his fiancée (including one song written a week before he proposed), his adventures with his lifelong friends, his reflections on life, and coming to terms with the man he has become. The album marks a first for McCreery, as it’s the first time he’s co-written all the songs on an album. Among his co-writers are Jessi Alexander (Dierks Bentley, Brad Paisley, Blake Shelton), Monty Criswell (Eric Church, Darius Rucker, George Strait), Jason Gantt (Brooks & Dunn, Faith Hill, Alison Krauss, Tim McGraw), David Lee Murphy (Gary Allan, Kenny Chesney, Blake Shelton) and more.

The album’s first single, “Five More Minutes,” has already built an impressive history. McCreery performed “Five More Minutes” on the Grand Ole Opry stage in 2016, where it quickly became a fan-favorite YouTube video reaching millions of viewers and earning the Rare Country Grand Ole Opry Moment of the Year Award. Although McCreery was not signed to a record label at the time, national radio personality Bobby Bones heard the song and immediately felt compelled to debut it on iHeart Radio’s “The Bobby Bones Show” in 2017. Due to popular demand, it was made available for sale and to radio soon afterwards, ranking at No. 2 on the iTunes Country Singles Chart on the day of release. “Five More Minutes” became the first song in history to chart in the Country Aircheck / Mediabase Top 50 without being released by a record label. It also earned McCreery the Taste of Country 2017 Indie Artist of the Year Award.

Soon after, McCreery signed with Triple Tigers Records / Sony Music Entertainment. To date, the song has earned more than 40 million streams and sold more than 135,000 paid downloads. The music video, directed by Jeff Ray and featuring never-before-seen home video footage from McCreery’s life, debuted at People and has earned more than 12.5 million views on YouTube while also topping the GAC’s “Top 20 Countdown” for six weeks.