Conversation on Candor, Emotions & A Woman’s Place in Country Music 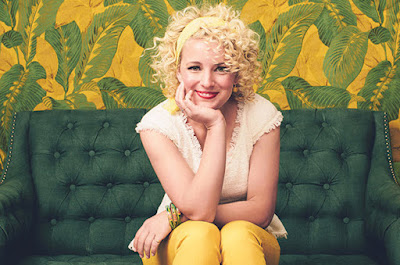 She is one of country music’s most talked about and revealing songwriters, with a Grammy nomination for “Burning House.” The other is the editor of Woman Walk The Line: How The Women of Country Music Changed Our Lives, an anthology of personal essays from 27 women on the female country artist who changed their life. But it took Springer Mountain Farms to bring Cam and noted music critic Holly Gleason together for a revealing conversation inspired by the book – and Cam’s “Diane,” the post-cheating apology single from one woman-to-another.

Over a personally-prepared meal of roast chicken at Oak Restaurant, the two women met to discuss the power of songs, truth and “a woman’s place in country music.” Getting to eavesdrop on their tete-a-tete is no longer a possibility, but a video from their lunch has been edited into an episode of Springer Mountain Farm’s ongoing original content series in partnership with Sony Music Nashville.

“Cam is one of the most provocative female voices in our genre today,” says Gleason, whose anthology has graced The New York Times Book Review, The Washington Post, PEOPLE, PASTE, Oxford American and No Depression’s Ten Best Music Books of 2017. “Having just edited some of the nation’s best women writers, all pulling an artist’s music that changed their world through the way they live, talking to Cam was an absolute pleasure. A songwriter’s songwriter, she submerges real life, complicated emotions and difficult situations in her songs.”

The two women share thoughts on the power of music, the way it helps say what often goes unsaid – and confront the awkward in ways that set us free. With a special focus on Dolly Parton’s own ability to capture those jagged moments, Cam and Gleason explore the way the women in country get a special kind of honest. They also talk about “Diane,” Cam’s current single, in which the other woman seeks out the wife to offer clarity, apology and healing.

“In real life, this doesn’t happen very often,” Cam explains. “But the opportunity for the singer to apologize, and explain she didn’t know, is powerful – and important.”

Creating these sorts of intersections – and provide the kind of conversations that most media opportunities don’t allow for – was the driving force behind this innovative series. Not quite a profile, not really a feel good behind the scenes feature, Chikn & Pickin’ goes a little deeper.

“Springer Mountain Farms understands the organic place that food and bringing people together has in changing the conversation,” says Sony EVP of New Business & Marketing John Zarling. “In looking for new ways to show how our artists and their music are impacting the world around them, the Chick’n & Picking Series has taken us from Tyler Farr and hot chicken to Cam at the elegant Oak Steakhouse. But more than just an artist and their music, it’s a sense of why their music matters in a real life context that emerges... and that’s invaluable.”

Posted by LovinLyrics at 4:09 PM