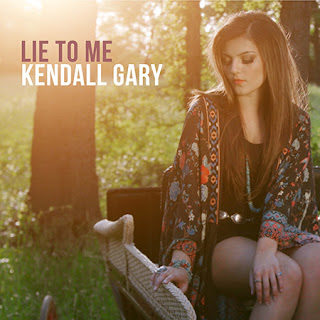 Rising country singer-songwriter Kendall Gary has released the music video to accompany her new single, “Lie To Me.” The video was exclusively premiered by Center Stage Magazine yesterday. The single is available for download on Amazon Music and iTunes or streaming on Spotify.

“This was the first music video that was produced for my album,” said Kendall. “It feels like forever ago that we filmed it and I’m excited that it’s finally being released. This is a more serious song in the sense of the topic it is about. My videographer, Jeremy Brookover, and I felt that going about this song on a more light hearted note wouldn’t take away from the video but instead enhance the lyrics.”

Earlier this year, Kendall released two singles from her upcoming album, “Head Held High” and “Your Love,” both of which received exclusives from Nashville Noise and Music Update Central. Kendall has even more new songs to release in the coming months, including a full album later this year.

For more information on Kendall, go to www.thekendallgary.com.
Posted by LovinLyrics at 11:58 AM