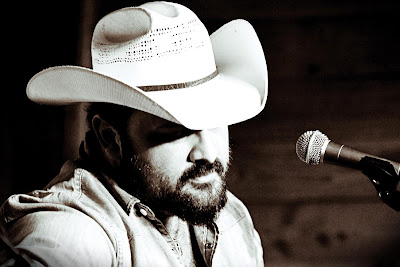 There's something to be said about keeping it simple and that's exactly what you can expect from Ray Scott - simple and uncomplicated. He's not about the latest trends, he isn't about projecting a molded image, worrying about chart positions or which arena will hold the most people. What he is about is his core audience, the quality of his music and upholding the tradition that artists before him brought to the table of country music. His music is anything but ordinary and standing out by simply being himself is what keeps Ray real and keeps his listeners coming back for another round. I've always said a true country artist tips his hat to tradition and Ray never fails to do just that.

It's always a good time when Ray comes home to NC. I recently caught his acoustic show at Muddy Creek Cafe and Music Hall in Winston Salem. The venue was small and appropriately unassuming which is the best kind of venue to really get a chance to see the real Ray up close and always personal. The crowd was small and intimate and ready for a night of familiar songs and anxious to hear something new. Ray took the stage beside guitarist Cade Doyle (who is OUTSTANDING by the way) and brought the crowd exactly what they asked for - simplicity at it's finest wrapped in the enigma that is Ray's warped sense of humor. This was such a great night of music as only Ray Scott can deliver. Lots of laughs to hits like "Those Jeans", "Drinkin' Beer", "The Ugly One", "Tijuana Buzzkill", "My Kinda Music" and "Grumpy" and lots of appreciation for the deeper side of his music with songs like "Ain't Always Thirsty", "Soberin' Up", "Dirty Shirt", "Livin' This Way"

I also had a chance to catch up with Ray recently just to see what's going on in his world and get a feel for where he is right now as an artist, how he views the current state of country music and shoot the breeze. Below is what he had to say:

LL: For those who might not know you, and God forgive them if they don't, give us a little bit of background.

Ray: I'm an uncompromising original independent traditional country artist who hails from the great state of North Carolina. The musical habits and wit of certain family members created a monster. I'm that monster.

LL: How would you define "today's" country music, besides the obvious and why do you think it's so popular? LOL!

Ray: Today's "commercial" country music is a natural evolution of a business model bent on creating music that doesn't offend and appeals to the widest ranging audience with hopes of selling to enough people to justify the ungodly amount of money it takes to break an artist at radio. The crossover success of the 90's boom made the labels fat with success, causing them to continue to chase pop-sized success more often, slowly phasing out the traditionalists who appeal to a more specialized and smaller audience, thus selling less product. 10 to 15 years ago, file sharing (stealing music online) cut record sales immensely and challenges since then with lost revenue have forced labels to do what it takes to keep their doors open. In most cases, the best artists and most interesting music are found outside of the commercial machine. That's my opinion. I'm far from alone on that.

LL: What drives you to keep going as an indie artist in such a highly competitive corporate driven industry?

Ray: My drive to keep going as an indie is just based on demand. I have a lot of fan support out there which I'm grateful for and I see a whole alternative movement going on out there that's giving true country fans what they're truly hungry for. Some people love what the radio plays, and that's great, but there are a huge group of fans out there that want stuff that's real, stuff with attitude, steel guitar and balls. I feel like I have a brand of country music that scratches some folks right where they itch. That's what keeps me rollin' along.

Ray: I'm paying a lot of attention to what's going on with Cody Jinks, Ward Davis, Kendell Marvel and a handful of others making music that isn't influenced by trends. Randy Houser's latest single, "What Whiskey Does" is one of the best songs I've heard on mainstream radio in a while.   Randy's a friend of mine, so I'm pullin' for him. I'm also hopeful that this song does well on the charts. It's a real country song in my opinion, which I feel is a damn near extinct species at today's radio.

LL: What was your inspiration behind your latest CD, "Guitar for Sale?" People who know your music know this is different than previous projects. What makes it special?

Ray: Guitar For Sale was a collection of a lot of songs I kinda had in my back pocket that I loved.  I didn't worry so much as to how they all "fit" together as a project.  Most of the material varied in style, subject matter, and they were from various periods in my writing life spanning over about 14 years.   Certain circumstances had prevented me from putting most of this material out up to then..  I decided then was the time, and I'm proud of the result.  Each song sounds different than the next from a production standpoint, and that wasn't accidental.  I think what makes it special is that it contains some of my favorites writes, and I was excited to finally get those songs out there.  The people seem to like it, so I'm happy.

LL: I'm gonna throw out some random artist names, tell me the first thing that comes to mind when you think of them, no holds barred.

Ray: Damned Talented songwriter and singer who finally stepped out and made a record after years of writing songs for other artists and it's a damn good one! He's an old friend and I'm really glad to see it. Country music needs him, even if he does look  like hell. Ha! Ha! (We give each other hell.)

Ray: She's blazed her own trail in the trenches, doin' real, ballsy country music for awhile now. She didn't chase the pop star train, she stayed true to her heart.   Great country artist..

Ray: Chris played guitar on a song I recorded in Nashville ten years ago. A lot of people in Nashville knew he was special back then. Now the whole world knows. You can't manufacture the vocal/artistic gift that guy possesses.

LL: If you had to sell yourself to a room full of potential new fans and you only had one shot to sum up why they should buy your music and believe in you as an artist, what would you say?

Ray: I wouldn't say anything. I'd just start singin' my songs. It's about the music. I'm not trying to please everybody, but percentages say I might get the attention of a handful who will stick with me for life. Those are the ones ya want.

LL: What words of advice that were ever given to you have stuck with you and made an impact on the way you look at things?

Ray: Write what you know and don't chase trends. Also, don't try to be something you're not.
Country fans aren't stupid and their ears don't lie.

LL: Define the term "Outlaw Country." Who are some outlaw artists you've written with, performed with or who have helped steer you along the way?

Ray: I think the term "Outlaw" is used too much, and MISused at that.. Even the original outlaws, Willie, Waylon, etc. didn't really love being called that. They just did what they did and went about their business. These days, we've got a ton of folks calling themselves that, promoting a "bad ass" attitude and brand, but the music doesn't measure up so they have no credibility. Start with great artistry, then let the listeners sort it out.

LL: Sum up Ray Scott as a person in 10 "family friendly" words or less.

Ray: Just a guy with a big heart and a smart ass.

LL:  If Ray Scott came with a warning label, what would it say?

Ray: Warning label...   Hmmm...   probably "Caution...Men at Work".   or "Listening to this music may cause complications in pregnancy prevention".   Ha ha.  Kidding of course. (Note from Jenn- no he's not. LOL!)

LL: What can fans expect from you in the new year?

Ray: In the new year, we're coming with a brand new EP called Honky Tonk Heart. We just launched a Pledge campaign in conjunction with it as a matter of fact! Could you share the link??  ;).  I'm also writing a ton of new stuff, which I'll be trying out on new crowds in the coming months. 2019 will be a great year.

LL: If your life could be summed up in a song title, what would it be?

Ray: If it's my song, "Crazy Like Me" or "I've Always Been Crazy" by Waylon ... notice the common theme there?

Ray: The best part of 2018 has been my personal growth and sobriety, along with a ton of creative inspiration. I can't dwell on the negatives. I've got a pretty great life.

Yes Ray, what kind of friend would I be if I didn't post the link to what I know is going to be your best album yet? (I'll text you where to send the check ... ha!). Country fans, you're gonna want to get off the bench and in the game for this one, pre-order your copy now. There are various pledge levels with some great rewards including one on one time with Ray - https://www.pledgemusic.com/projects/honkytonkheart. No one has a bigger honky tonk heart than Ray. I said honky tonk heart, not honky tonk badonkadonk, that's another song and another article. Be sure to keep up with the latest news at www.rayscott.com and truly connect with him on a personal level on social media. He does all his own social media, his ramblings and thoughts are his own and he is one of the best when it comes to fan engagement. You can purchase or stream his music on most music outlets. (HINT: BUY THE DAMN MUSIC!) 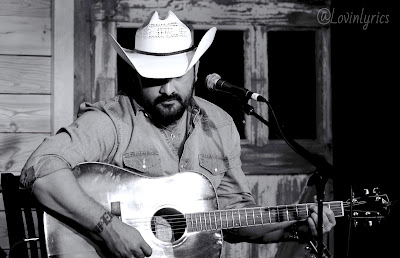 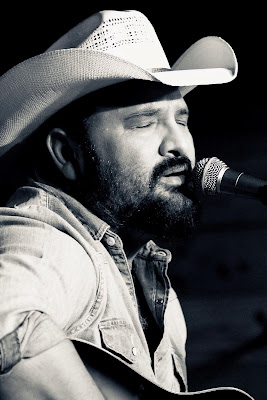 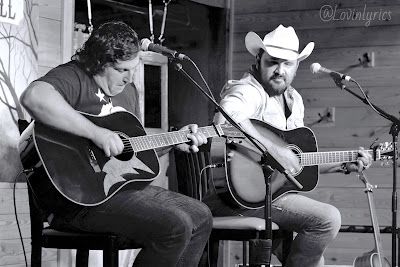 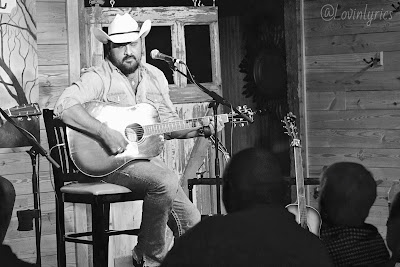 Posted by LovinLyrics at 6:08 PM