“I Hate This” Makes History in Country Music 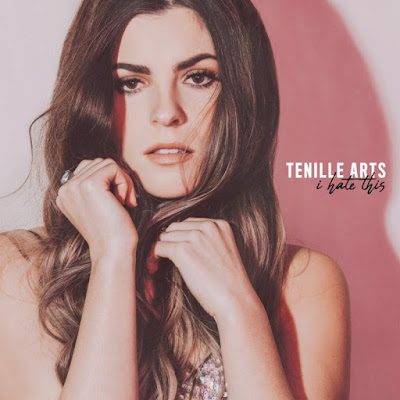 CMT.com premiered the groundbreaking music video for Tenille Arts’ debut Reviver Records single “I Hate This” today. For the first time in a Country music video, producers constructed a set that could rotate 360 degrees. As the cameras rolled, so did the set...and Tenille.

“I literally had my world turned upside down,” said Tenille about the video set. “I was laying on the ceiling, standing on the wall. It was a crazy fun day, and I can’t wait for everyone to see the music video.”

The concept was created and brought to life by producer/director Todd Cassetty, whose Hi-Fi Fusion company constructed the wooden, open-ended box that housed the set. Fork lifts on the front and back lifted the set, so it could be rotated as the clip was filmed.

“When I first heard Tenille’s emotive performance of ‘I Hate This,’ it felt like the protagonist’s world had been turned upside down, and that led me to wonder if I could literally turn Tenille’s world upside down in the music video,” said Cassetty. “And thanks to a couple of forklifts and the ambitious design team at Hunter Gatherer Society, we figured out how to build and control a room that we could spin 360 degrees. I’m so appreciative that Tenille embraced that concept so that we could have some fun with an idea I’ve never seen done before in a country music video.”

Tenille, who filmed her second appearance performing on the top-rated ABC show The Bachelor last month, wrote “I Hate This” with Adam Wheeler. Wheeler co-produced the track with Matt Rovey, and they are currently in the studio with Tenille putting the finishing touches on a new album.

The 24-year-old behind all of this recent attention is quietly confident country music lover raised in the small prairie town of Weyburn, Saskatchewan. She picked up the guitar and penned her first song at the age of 13 and has been performing across the US and Canada ever since. She made the move to Nashville almost three years ago, and a songwriting session brought her to the attention of award-winning producer Matt Rovey (Craig Campbell, Dean Brody), songwriter/producer Adam Wheeler (Scotty McCreery, Clay Walker) and Noble Vision head Hal Oven.

The "Cold Feet" single so moved noted music critic Tom Roland that he penned a rare full-page feature about the recording in the Billboard Country Update. Music Row Magazine critic Robert K. Oermann called Tenille "Promising in the extreme." Streaming giant Pandora named her one of their new artists to watch for 2017, saying, "with songwriting inspired by Don Henley and reminiscent of early Taylor Swift, and vocals the size of her native Canada, Arts' future is bright." Popular country website whiskeyriff.com labeled Tenille a "new country artist name you need to know immediately," and PopCulture.com named her one of their "Country Artists to Watch in 2018."

Catch up with Tenille and check out her "I Hate This" single at: 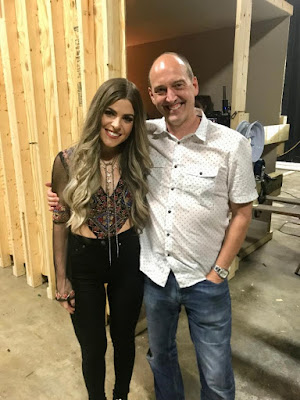 Tenille Arts with producer and director Todd Cassetty in front
of the set of her "I Hate This" music video.
Photo: Craig Campbelll
Posted by LovinLyrics at 4:51 PM