“Meant To Be” Parody Already Over Two Million Views 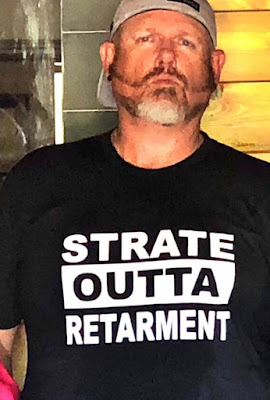 Cledus T. Judd took a unique approach to the delivery of his hilarious new video “Gotta Pee,” a spoof of Bebe Rexha’s chart-topping “Meant To Be” featuring Florida Georgia Line. After signing with top comedy production and management firm Bang Productions, the company plugged the video into their massive network of online comedy fans resulting in the fastest-moving video of Cledus’ career. In a matter of days, the clip garnered more than two million views and over 30,000 shares.

“We spared all kinda expense on this video,” said Cledus, who has been dubbed the “Weird Al Yankovic” of country music. “I talked my wife, kids, step kids and neighbor kids into jumpin’ on this crazy train and told ‘em they’d be famous if they’d do this video with me. Looks like I mighta been right!”

The video opens with Cledus informing his wife (real-life wife Amanda) and kids they are going to be performing for a fundraiser that will help firefighters get a real hose (instead of the garden hose they’ve been using.) The family reluctantly agrees, but Amanda informs Cledus first she has to pee. The hilarious clip follows all five of them riding in a small SUV, as Amanda has to stop every five minute to pee. By the time they get to the venue, the crowds are gone and Cledus informs them the fire department is going to have to use a garden hose for another year.

The clip is currently airing on various social media platforms and will be added to national music video outlets in the coming weeks.

The Tennessean detailed Cledus’ history of child abuse, molestation and subsequent anxiety and drug abuse and the 2013 baptism that washed it all away in an extensive feature last month. In the profile, Cledus is candid about his struggles and hopes talking about it will inspire others in similar situations to get help.

Cledus will be announcing new partnerships and a national tour in the coming weeks.

Keep up with Cledus at: