Catch the Star-Studded Premiere this November, Airing Nationally on Heartland,

The Family Channel, The Country Network, AMG-TV and More 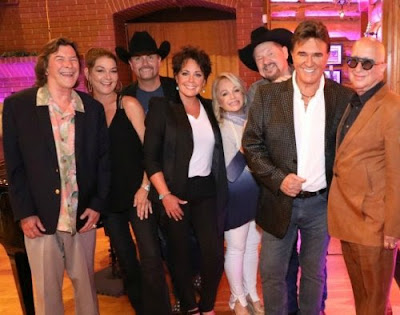 Ever wanted to know what goes down when celebrities gather for dinner? Well, now you can. Later this month, country legend TG Sheppard and his better half, singer-songwriter Kelly Lang, are inviting everyone to dine at their table, giving fans the chance to see what happens, first-hand.

"We've invited some of our good friends to join us for these TV specials," explains Sheppard. "We wanted to give people a chance to be a 'fly on the wall,' so to speak, and to experience what goes on when we invite our celebrity friends to dinner."

"Throughout our marriage, TG and I have hosted many parties that our celebrity friends have attended," says Lang. "Inevitably, someone breaks out in song and/or tells an incredible story that a fan would love to have heard. These specials allow someone to take a behind-the-scene peek at what these dinners are like and how celebrities interact."

The star-studded cast will speak candidly about their private lives, advice they've received from respected mentors, living in the public eye, as well as upcoming new projects.

Filming throughout the country, each special will be taped at a different location, at a famous landmark that people will recognize. The premiere episode, produced by Jeff Moseley/CJM Productions, was filmed at Nashville's Fontanel Mansion — the former home of international superstar, Barbara Mandrell.

The series is sponsored by Springer Mountain Farms. The upcoming premiere is a prelude to an ongoing series with additional episodes to be filmed in the coming months. Sheppard and Lang have signed-on to host multiple episodes.

Look Who's Coming to Dinner will air nationally and internationally beginning November 21.

(Additional network airings to be announced) 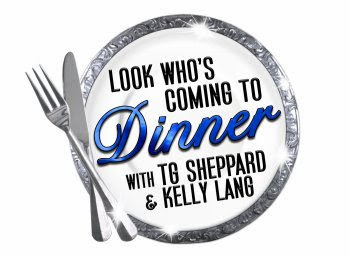