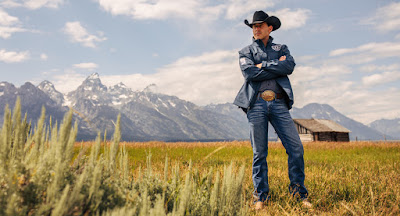 Hailing from Gruver, TX, Clawson’s staggering 24 No. 1 songs include “I Saw God Today” (George Strait), “Amarillo Sky” (Jason Aldean) and “American Kids” (Kenny Chesney). Rose, born in Dallas, TX, had her first major hit with Gary Allan’s “Songs About Rain” and went on to co-write 16 songs with Taylor Swift, including “Teardrops on My Guitar,” “You Belong With Me,” and “Tim McGraw” plus the mega-hit “Girl Crush” (Little Big Town).  Douglas, who previously called TX home before moving to Music City, has written numerous number one hits, including “The House That Built Me” (Miranda Lambert), “I Got A Car” (George Strait), and “Meanwhile Back At Mama’s” (Tim McGraw).

Tickets to “A Night of Texas” at the Ryman start at $25 and may be purchased HERE.

Dubbed “triumphant” (Music Row)  and  “critic’s pick….arena ready country and Southern soul” (Nashville Scene), Watson’s debut headlining date at country music’s Mother Church was hugely successful, leading to the January 24 reprise.  With headlining ticket counts nearing the half million mark and 100+ sellout shows covering 40 states and 8 countries, Watson is gearing up to for his full 2019 tour, which kicks off at the start of the new year!