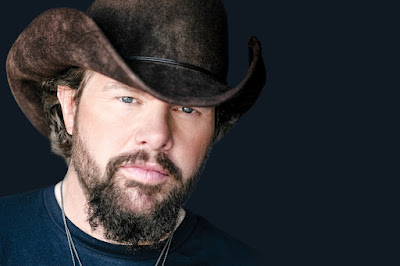 Great new song and video from Toby Keith as he has teamed up with legendary actor and filmmaker Clint Eastwood - "Don't Let The Old Man In."

"Don't Let The Old Man In" came into being while the two shared a cart at Eastwood's annual golf tournament in California. When Toby asked Clint how he is able to continue be so active with new movies and projects, Eastwood told him, "I just don't let the old man in." Keith took this sentiment to heart and penned a song around the line and sent it to Eastwood. After hearing it, Eastwood decided to feature the song during the final scene and closing credits of his upcoming film The Mule (playing in theaters nationwide on Dec. 14th.) The new music video focuses on Eastwood's character and features scenes and clips from the upcoming movie. The clip premiered on Parade.com this morning,

Posted by LovinLyrics at 3:22 PM