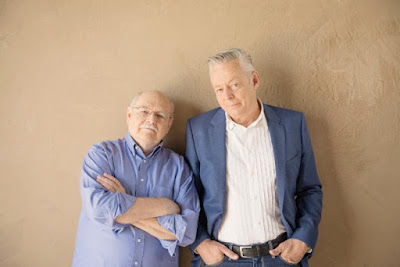 HEART SONGS spotlights the players' proficient ability to capture and radiate emotion through their instruments with special arrangements of "Cold, Cold Heart," the album's lead-off single written by Hank Williams; "Lullabye (Goodnight, My Angel)" written by Billy Joel; and "I Can Let Go Now" written by Michael McDonald, among other songs. Elmore Magazine just weighed in with a rave review, noting:


"The combination of these artists' sensibilities, their careful listening to each other, along with the complimentary tonalities of a steel string and classical guitar carry this set through a variety of affairs of not just the heart, but the mysteries that move it."
--Ken Spooner, Elmore Magazine, Rating: 98 out of 100

Watch their amazing rendition of The Bee Gees hit "How Deep Is Your Love" below,  initially premiered at Parade Magazine (12/13/18).

EMMANUEL, twice voted Best Acoustic Guitarist by readers of Guitar Player magazine and who's been honored as a Member of the Order of Australia and KNOWLES, a Grammy winner and member of the National Thumb Picker's Hall of Fame, know how to get to the core of a song and accentuate its finest qualities.

The 14-track HEART SONGS, recorded at EastWest Studios in Los Angeles, intertwines thoughtful arrangements of songs from other artists, a classic Broadway musical like West Side Story, their own compositions and live performances. In November, Guitar Player premiered the album's lead single, "Cold, Cold Heart" while Acoustic Guitar magazine premiered "Walkin' My Baby Back Home" and noted that "...it's no surprise that both guitarists are on the top of their games throughout Heart Songs." (11/29/18)

In other news, KNOWLES has also been added to TOMMY EMMANUEL's June Guitar Camp in Vail, CO. More information on the camp can be found here. 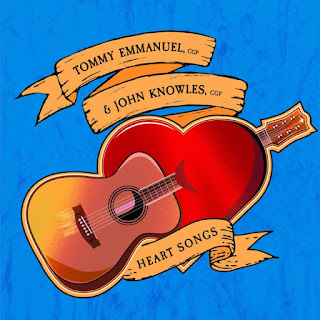