MARINE VETERAN, CHRIS TURNER, LENDS TALENTS TO SHED LIGHT ON PTSD WITH RELEASE OF VIDEO FOR “IF YOU DRINK” 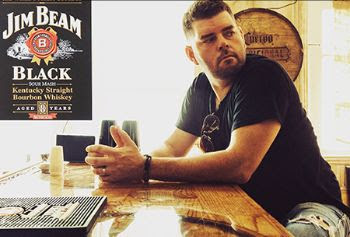 Chris Turner, a Veteran of the United States Marines announced the release of his first single off his upcoming EP, "American Made," to be the emotion tugging, "If You Drink." In a given year, approximately 5.2 million people suffer from PTSD. The video depicts the raw emotion and is dedicated to bring awareness to those who suffer. A soft release of the video has already garnered nearly 8K views prior to the official release.


" At the end of his rope, looking for hope
But he found this ol’ bar here instead...
She said, man, I can tell you been going through hell
Well, we’ve all come out of there too
And we live by our own golden rule

If you cheat, hope its death that you're cheating,
If you lie, lie with someone you love,
If you fight, do it for the right reasons,
If you drink, then come drink one with us..."

When Chris decided to make a video, there was only one choice for him. It was produced by and stars American actor, former U.S. Army sergeant, retired mixed martial artist, Randy Couture, “The Natural.”

“Working on the “If You Drink” video was a great learning experience and an honor for me. As a veteran myself,  getting a chance to work with a talent like Chris Turner and help him spread a message of hope and shed a light on the veteran suicide issue in our country is a no brainer,” said Randy Couture, Seven time MMA Heavyweight Champion and Founder of Xtreme Couture GI Foundation. “I am very excited to see the song and video released and proud of what we’ve put together.’

“Chris Turner is the up-and-coming artist to watch for in 2019 if you love the USA, country music and lyrics that make you wanna grab your friends and head to the nearest honky tonk for a night out,” reflects Meyer Music Group President/CEO;Chris Meyer.

An all military Veteran team, Chris Turner, Randy Couture (U.S. Army sergeant) and his manager Kevin Sanchez (formerly with the Blue Angels), are embarking on a military tour that will benefit Randy's charity, The Xtreme Couture GI Foundation, a 501 (c) 3 non-profit corporation xcgif.org. The foundation was especially formed to raise money and awareness for those wounded in action and their families.