BROOKS FORSYTH RELEASES "CAST MY DREAMS TO THE WIND" 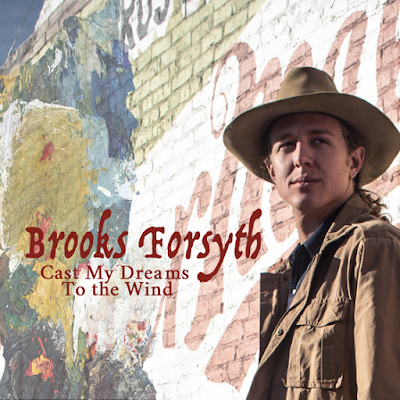 ArenA Recordings artist, Brooks Forsyth, has announced the release of his new music video for single, “Cast My Dreams to the Wind.”

Filmed in the cinematic gold mining town of Victor, Colorado, the video features Brooks Forsyth on acoustic guitar and vocals, Karli Rhind (violin), Kari Clifton (cello), and JJ Fajardo (drums). Brooks’ performance, with his versatile guitar playing and melodic storyteller’s voice, is hypnotic as he makes his way through a place seemingly frozen in time.

Directed by Nigel Dick, award-winning and widely acclaimed filmmaker, who was immediately taken by Brooks’ music, conceptualized the video around the timelessness and mood of the song. With 21 MTV awards, 26 Much Music Awards, and a GRAMMY, Nigel has directed some of the most iconic music videos in the industry, including “Sweet Child O’ Mine,” “Welcome to the Jungle,” “Paradise City” by Guns n’ Roses; “Wonderwall” by Oasis, “Believe” by Cher; and “Baby, One More Time” by Britney Spears, among many others. Nigel's videos were known to break an artist's career. Moreover, he rarely works with independent artists, making this video a true testament to the impact of Brooks’ music.

The premiere follows the release of Brooks’ new album, So Much Beyond Us. The album was produced by legendary Nashville songwriter/producer Buzz Cason and son Parker at the historic Creative Workshop studios in Nashville.

Buzz, who discovered the young artist from Boone, North Carolina, stated “Brooks Forsyth is an Appalachian musical treasure with universal appeal! Not since I first worked with Jimmy Buffett in the early seventies have I been so excited about a new artist. His songs prove his mastery of songwriting. He’s a jewel to record in the studio, an expert musician and a warm and highly gifted entertainer in person!”

So Much Beyond Us is available across all platforms (Spotify, Apple Music, Amazon).

Posted by LovinLyrics at 3:42 PM