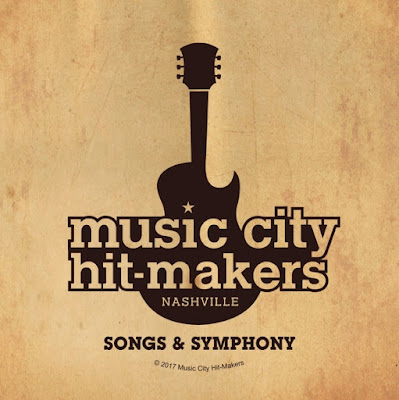 “Nashville is the epicenter of great songwriting, so the top songwriters in Nashville really are the best in the business,” says Charlie Judge. “It is my incredibly good fortune to have the opportunity to work with these talented writers, both as a keyboardist in the studio recording their hits, and as an arranger re-casting their songs for orchestra.”

The group of writers featured on this project has a combined seventy five #1 hits from today’s superstars as well as country music legends and new artists. Taste of Country, The Boot and Billboard will be providing early listen of select songs prior to release.

“Most of the hit songs we incorporate in our Music City Hit-Makers shows can be heard on country radio,” continues Charlie Judge. “But great songs transcend genre, and they work equally well whether they’re dressed in a cowboy hat or a tuxedo. I find great joy in stripping the songs down to their essence, finding the emotional core, and then rebuilding them with the endlessly inspiring orchestral palette.”

To celebrate the release of Songs & Symphony, MCHM’s Chris DeStefano, Rivers Rutherford and Marcus Hummon will be performing on June 4 at City Winery in Nashville.

Brett James - “I Hold On” - recorded by Dierks Bentley

Jessi Alexander - “Mine Would Be You” - recorded by Blake Shelton

Chris DeStefano - “From The Ground Up” - recorded by Dan + Shay

Rivers Rutherford - “When I Get Where I’m Going” - recorded by Brad Paisley with Dolly Parton
Posted by LovinLyrics at 10:27 AM