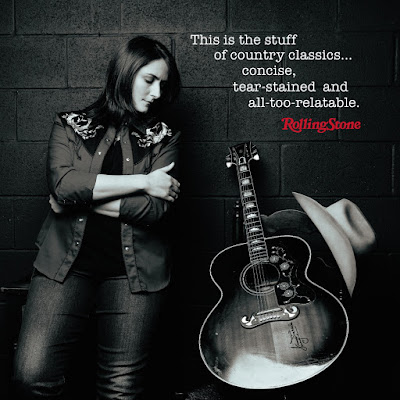 Erin Enderlin is an artist and songwriter who enjoys developing complex stories and characters that slant towards the darker side of life. Her realistic portrayal of sharply drawn and often sad characters make her music a breath of fresh air for those who long for an artist with some golden-era country backbone.

Last year, she was named a member of the 2018 CMT Next Women of Country class and also received the Arkansas Country Music Awards Songwriter of the Year and Album of the Year accolades. She is also a go-to songwriter for country music stars looking for that classic country sound and has penned cuts such as Alan Jackson's "Monday Morning Church," Lee Ann Womack’s “Last Call,” Luke Bryan’s “You Don’t Know Jack” along with having several other songs recorded by Randy Travis, Joey + Rory, Reba McEntire, Terri Clark, and Whisperin' Bill Anderson to name a few.

"Tonight I Don't Give a Damn" is the title track from her new EP which is Part 3 of a three part series which takes listeners on a journey through her distinctive raw and melancholic style. In the first part of the series, "Broken" we see a woman in a strained relationship and a broken family finally move away from the man who has caused her so much pain. Then in part two, "Til It's Gone" we see the emotional toll the separation has taken on her as she shuts herself off from the outside world in a motel room with only a bottle of whiskey to keep her company. The finale "Tonight I Don't Give A Damn" is her final step in moving on in her life as she seeks out the companionship from someone new, even if it only a one time thing.