A CAREER-FIRST, PARDI WILL KICK OFF HEADLINING “HEARTACHE MEDICATION TOUR” WITH BACK-TO-BACK NIGHTS AT THE HISTORIC RYMAN AUDITORIUM IN OCTOBER 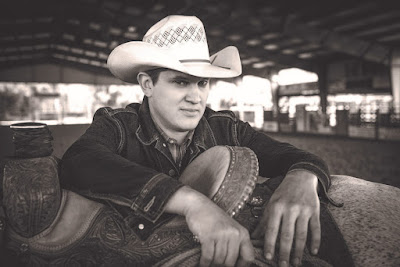 Platinum-selling artist Jon Pardi today announced his highly-anticipated new album, tour and single titled Heartache Medication, following his show-stopping performance on the season finale of "American Idol" with Idol winner Laine Hardy. Set for release on September 27, Pardi’s upcoming album, Heartache Medication, includes the album’s lead single and title track (set to impact country radio June 3 and available now). Co-written by Pardi, Barry Dean and Natalie Hemby, Pardi revealed the new single showcases a taste of what is to come on the next record exclusively to the Associated Press, noting “the songs lift you up. They put you in a higher place.”

"The single 'Heartache Medication' has an 80’s George Strait 'Fool Hearted Memory' feel to it, and is something people can dance to,” said Pardi. “That’s something I really wanted for this album. There really are no sad songs on this record-it covers a range of subjects, but is ultimately about moving on, and having a good time.”

Recognized for his "state-of-the-art blend of traditional instrumentation and progressive grooves that points to country's future” (Rolling Stone) and as “a leader among a growing number of artists bringing back fiddle, steel and twang while still finding ways to freshen the sound” (People), Pardi again serves as a co-producer on the new album, Heartache Medication. Heartache Medication is the follow up to Pardi’s co-produced Platinum-selling breakthrough #1 album California Sunrise, which featured Multi-Platinum, chart-topping hits including “Dirt on My Boots,” “Head Over Boots,” “Heartache on the Dancefloor” and “Night Shift."

The CMA and ACM Award-winner also revealed plans for his HEARTACHE MEDICATION TOUR featuring direct support Riley Green,* with select pre-sale opportunities starting May 28 and tickets available to purchase everywhere starting May 31. Marking a career first, Pardi will headline back-to-back nights at the historic Ryman Auditorium, where he will kick off his headlining HEARTACHE MEDICATION TOUR in Nashville on Oct. 1 and 2.

Live Nation is serving as the official tour promoter for the Heartache Medication Tour.

* Does not include Riley Green; support to be announced soon
Posted by LovinLyrics at 3:47 PM