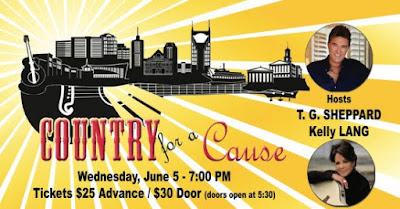 This year's "Country for a Cause" concert (a country music showcase that directly benefits Monroe Carell Jr. Children's Hospital at Vanderbilt) will take place on Wednesday, June 5th at Nashville's 3rd & Lindsley.

Hosted by one of Billboard's "Greatest of All Time Top Country Artists", TG Sheppard and his wife, singer-songwriter Kelly Lang, the event, sponsored by Springer Mountain Farms, boasts some of country music's greatest hit makers.

"We feel honored to be asked once again to host this very special event and are excited that so many of country music's most talented artists are coming to perform and give their time for such a worthy cause," says Sheppard.

A silent auction will be held during the show with all proceeds being donated to Monroe Carell Jr. Children's Hospital at Vanderbilt.

Tickets are on-sale now, starting at $25, and can be purchased here: https://www.ticketweb.com/event/country-for-a-cause-hosted-3rd-and-lindsley-tickets/9322325?pl=3rdlindsley&REFID=clientsitewp 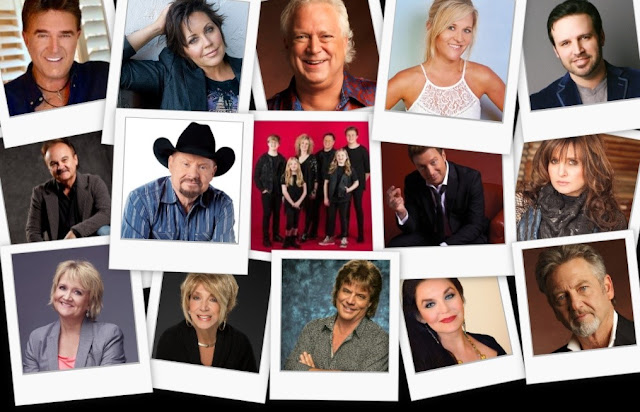 Posted by LovinLyrics at 3:46 PM

Email ThisBlogThis!Share to TwitterShare to FacebookShare to Pinterest
Labels: absolute publicity, country for a cause, Latest News, Performances and Events, Press Releases