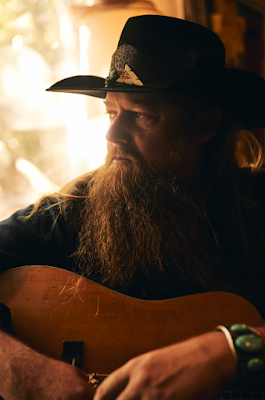 Rising country singer-songwriter Gethen Jenkins announced today that he will be hitting the road this June in support of his forthcoming debut album Western Gold due this summer. The 15-date tour, which kicks off on June 1 at the OakHeart Country Music Festival and concludes on June 30 at The Wayfarer (Costa Mesa, CA), includes stops in major markets like Dallas, Kansas City, Nashville, and Chicago as well as several festivals across the country including the 42nd Annual Redwood Bike Run, HorseThief The Festival, and A Day In The Country.

CLICK HERE to purchase tickets for all upcoming tour dates .

Gethen is gearing up for an exciting summer with the release of his forthcoming debut album Western Gold. The full-length album, which showcases Gethen's songwriting on each track, is produced by 4-time Grammy Award winner Vance Powell (Chris Stapleton, Jack White, Old 97's, and Buddy Guy) and was recorded at Nashville's Sputnik Studios. Western Gold includes the previously released singles "Restless Ways" and his debut release "Bottle In My Hand," which exclusively premiered on Billboard and its video on Taste of Country. Most recently, Gethen dropped a cover of James Taylor's 1971 hit "Country Road."

Gethen Jenkins is a former U.S. Marine who served for 8 years during Operation Iraqi Freedom. An award-winning singer-songwriter born in Huntington, West Virginia, raised in a rural Indian Village in Alaska, Gethen was brought up on American music, from the purest of bluegrass to whiskey-soaked honkytonk. Gethen has played over 1,000 live shows, sharing the stage with prominent country acts such as The Marshall Tucker Band, Billy Joe Shaver, Wanda Jackson, David Allan Coe, Asleep at the Wheel, Shooter Jennings, Dale Watson, Whitey Morgan and many more.

Recently being honored with the Male Vocalist of the Year and Album of the Year awards at 2017's California Country Awards, he was named a Top 10 Country/Americana Artist in Los Angeles County by LA Weekly and 2018's Best Outlaw Country Artist, and had songs in rotation at Sirius XM's Outlaw Country.

For more information, go to

Get social with Gethen: www.gethenjenkinsmusic.com 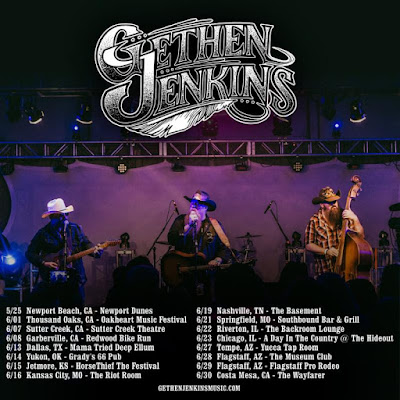 Posted by LovinLyrics at 2:56 PM