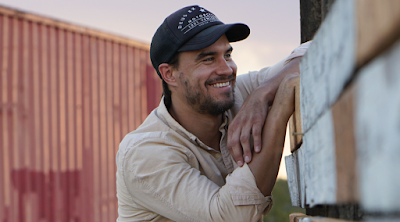 On the heels of the release of his debut single “Closer,” actor-singer-songwriter, Rob Mayes, has premiered the corresponding music video for the catchy track.

Directed by Christine Solomon, the music video illustrates a lighthearted romance between Mayes and on-screen love interest, Ana Kharisova Carter. The rising artist was able to tap back into his acting roots during the filming process, as he stars in the video. Shot over the course of three days in Malibu and Griffith Park, the video features some of Mayes’ favorite spots in Los Angeles, where he calls home. The music video “Closer” was a collaborative effort by some of Hollywood’s top editors including, Richard Wells, VFX artist Carl Stern (“The Walking Dead,” “Narcos,” “The Jungle Book”), post-production producer David Brown (“Outlander”) and the Picture Shop led by Tom Kendall (“Hawaii Five-0,” “NCIS: New Orleans,” “The Middle”).

“When we were brainstorming for the concept of this music video I wanted it to feel like I was taking the viewer on a date to all of my favorite locations in LA. We wanted the video to feel real and fun,” commented Mayes.

Mayes has loved seeing the response to his recent releases, “Closer” and “Road With No Lines.” Both have been featured on the Spotify editorial playlist, “New Music Nashville” and “Closer” has received airplay from Country radio stations across the US. Mayes looks forward to seeing how his fans respond to the release of the “Closer” music video along with his forthcoming debut EP which is set to drop in the coming months.

Although Mayes is excited about kicking off his musical journey, he is already well seasoned the entertainment industry. As an actor, Mayes was a series regular on ABC’s “Mistresses” and starred in the cult classic “John Dies at the End” with Paul Giamatti, which premiered at Sundance Film Festival. His other credits include Lifetime’s “The Client List” with Jennifer Love Hewitt and CW’s “Frequency” and “90210.” Other film credits include “Deep Blue Sea 2,” “Ice Castles,” “Burning Blue,” “The American Mall” opposite Nina Dobrev, “Melvin Smarty,” “Dangerous Matrimony,” “My Christmas Inn” opposite Tia Mowry, “Love for Christmas,” “Maybe I’m Fine,” “Into Thin Air” with Samaire Armstrong and FOX’s“Proven Innocent.” Most recently, Mayes wrapped a Western film titled, “A Soldier’s Heart” where he stars alongside Val Kilmer, AnnaLynne McCord and Jake Busey. The film is set for release later this year.

Posted by LovinLyrics at 2:10 PM