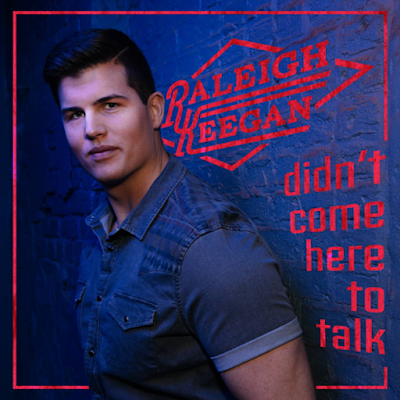 The “promising newcomer” shared with Sounds Like Nashville that “Didn’t Come Here To Talk” is about the desire everyone has or wants to have in their relationship adding, “Have I been there? Yes, of course. My wife is a smoke show! There are moments when actions speak louder than words…and times when I just didn’t come here to talk!”

“Didn’t Come Here To Talk” is the second taste of his upcoming EP, which is slated to release this Fall. It follows his current radio single “Don’t Take Time” which charted on iTunes Country and All-Genre charts upon release and continues to be praised by fans and media alike. The “up-tempo, electric guitar-driven jam” (Taste of Country) has been named a “new song you need to hear” by The Boot.

2018 was a big year for the bona-fide performer, prompting fans and media alike to ask if there is “anything the up-and-coming country artist can’t do.” (The Boot) The bona-fide entertainer played over 150 shows across the country, released his first music video for “Lookin’ Like That,” made his NYC debut with a performance on Wall Street and was named one of Nashville Lifestyles’ “Most Beautiful People” alongside Kane Brown and local hero James Shaw, Jr. 2019 has been equally as delightful, as he released his first radio single and made his debut performance at The Bluebird Café where he received a standing ovation for a new song he wrote about being born in prison and put up for adoption.

For more information, visit RaleighKeegan.com.
Posted by LovinLyrics at 2:40 PM