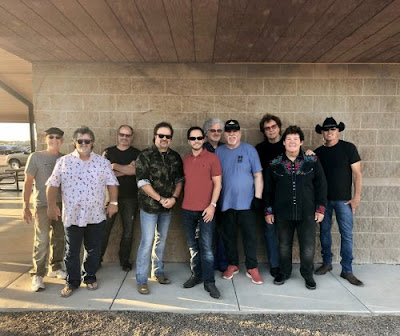 With the demand for 90s country music making a resurgence within country music's fanbase, the "Triple Threat Tour" brought together three of the most iconic bands from that decade. Organized by Romeo Entertainment Group, the bands performed to packed out audiences across the nation, most recently in Sioux Falls, SD, Billings, MT, Sterling, CO, and Aberdeen, SD.

"Our office was so excited in having a hand in putting together the 'Triple Threat Tour,'" says Romeo Entertainment Group's Bob Romeo. "It's been something we've looked forward to at multiple fairs and festivals this summer, and the artists did not disappoint. The response from both the clients and the patrons was awesome!"
Posted by LovinLyrics at 11:41 AM