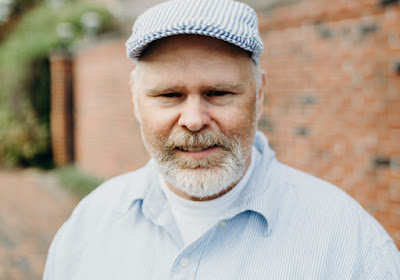 If there is one thing that has always drawn me to country music, it's the people. I love the music, the stories, the tradition, but there's just something about the people that makes it special. One of those people is my friend Chuck Dauphin. I know I've talked your heads off about him since he was first admitted to hospice but I'm gonna keep talking about him because people like Chuck need to be talked about. Those of his character and his calibre are few and far between so when you are lucky enough to connect with a rarity like Chuckadoodle, you talk about him.

Chuck (aka "Crazy Chuckie) passed away yesterday, 9/18, at the young age of 45, after a long battle with multiple issues related to diabetes and yes, those who knew him will miss him immensely, however instead of being sad, I am sure that we're also all happy that he's no longer in pain, he's back with his loved ones and singing along as part of country music's most heavenly choir of voices. He was crazy alright ... crazy about country music, those who create it (Kenny Rogers was his absolute favorite, total fan boy), country radio, the  and most of all, he was crazy about the people. He didn't care where you came from, the color of your skin, your political affiliation, or if you had warts on your nose. People are people and he treated everyone the same. He was friends with big names and he was friends with Ordinary Joe from Normal, IL. He just loved people, he truly did and we loved him.

Chuck worked as a broadcaster at WDKN radio in Dickson, TN for 18 years before being promoted to program director. He also spent time at WNKX in Centerville, TN and Nashville’s WSM-AM. He was the listener's best friend, always friendly and ready to talk about all things country and would play songs that people wanted to hear. His listeners loved him, loved hearing his stories and loved just carrying on a conversation with him. That's the kind of guy he was, outgoing and personable. He was also the creative mind and pen behind hundreds of  articles published in Billboard magazine and various online music media outlets. If you know country music, then you have seen or heard the name Chuck Dauphin. You could find him anywhere around Music City, smiling and singing along in an Opry pew as his musical heroes sang his favorite songs, in the crowd at various CMA Fest shows, at local venues supporting new and upcoming artists or sharing a meal with his friends at some of Nashville's favorite restaurants. Quite literally, Chuck was everywhere and he will still be everywhere long after his passing.

I first met Chuck online about 8 years ago and we became fast friends. He was always willing to help me, a fledgling independent promoter/blogger sitting in her bedroom office on the coast of NC, learn the ropes, who to connect with, who to stay away from and he taught me that the best way to win an audience who truly connects with what you do is to do it honestly and to do it MY way. Be authentic. He taught me how to avoid getting caught up in the bubble and stay just to the outside, close enough to see inside but far enough away so the industry vortex didn't suck me into the wrong elements. He always said "Speak from the heart, speak your mind in a positive way, and support the music from a place most seem to have forgotten, the soul" and people will listen. He was right. He didn't care about making a million of connections, he only cared about making the right connections. I'm glad he felt I was one of those connections because he sure was for me. I would send him random notes in the mail just to make him smile and remind him how good of a person he was when he needed to hear it most and to boost his spirit during his down times. I will miss sending those and getting a call or text from him telling me how much he loved getting them.

My fondest memories both involve 4 of our favorite guys, The Oak Ridge Boys. When the Country Music Hall of Fame said that they would be making the announcement for the 2015 Hall of Fame Inductees, we both KNEW the Oaks were finally gonna get their day. We were gonna riot if they didn't. (It may have only been a 2 person riot, but it was gonna sound like more than that.) He attended the announcement ceremony and called me. He was all giddy and giggly so I knew something was up. He said that there "Oaks related people" sitting in the audience. He didn't hang up once the announcements began, he let me listen in so it was like being there live. When they announced the Oaks were in, we both went nuts. He called me after all was over and all he said was "Ooom papa mow mow" and we just talked Oaks stuff for about an hour. He did the same thing during the actual medallion ceremony and that mean the world to me. He was just that kind of person.

Chuck left a huge impression on country music and I sure hope that in his absence, we all learn from the blessings he left us and that we can somehow repay him by showing more respect to the genre as a whole and seeing it as he did, something to be proud of, something to revere and I hope that we all treat each other with the kindness he showed to so many of us.

Thank you Chuckadoodle (my nickname for him, among many ... LOL) for just being you. I'm sure glad you're up there watching over all of us. We couldn't ask for a better, crazier guardian angel. You are loved. You are a true country classic. You earned those wings darlin.

Until the day we meet again,

Jenn
Posted by LovinLyrics at 4:16 PM