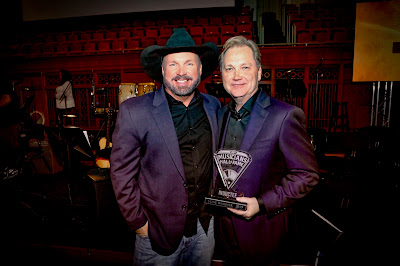 Longtime friend and collaborator, Garth Brooks, inducted singer/songwriter/storyteller and multi-instrumentalist, Steve Wariner, into the Musicians Hall of Fame at the Schermerhorn Symphony Center in Nashville, Tenn Tuesday night after they performed their multi-platinum No. 1 hit "Long Neck Bottle," which Wariner co-wrote.

Wariner wowed the crowds with two instrumental performances that he wrote, including “Nashville Gent,” and “Four Bus Breakdown,” which he crafted for the show. Wariner also sang the ACM and CMA-winning smash “Holes In The Floor Heaven.”

"What an incredible night! Going into the Musicians Hall of Fame brings me full circle. I came to Nashville in '73. So many people to thank! I'm still reeling! I can't even describe what this means being inducted. I'm so proud my family was there to share this moment," Steve Wariner said.

During Garth Brooks remarks on stage, he lauded, "Not only is he talented, but he's a fantastic artist. We're all lucky that he chose music. This is truly one of the most talented people and at the same time, one of the greatest human beings to be around." 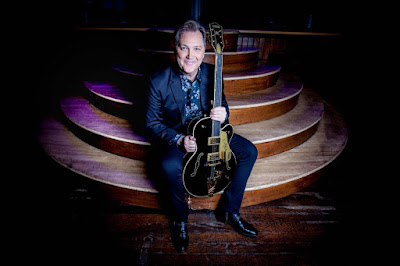 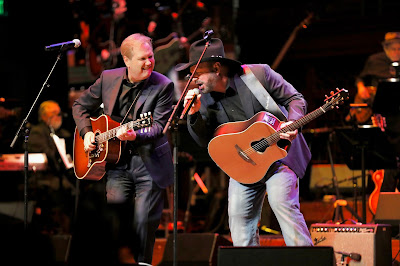 To keep up with Steve Wariner, visit SteveWariner.com
Posted by LovinLyrics at 12:24 PM