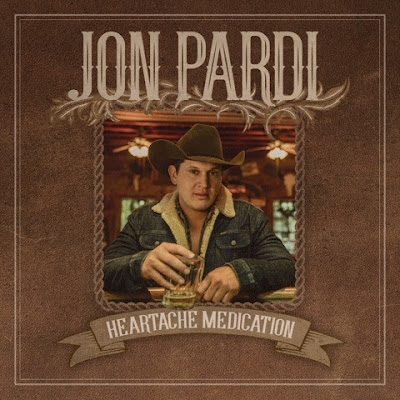 Following his sold-out headlining album release show at Hammerstein Ballroom in New York City on Friday, ACM/CMA winning artist Jon Pardi will bring his critically-acclaimed album Heartache Medication to Jimmy Kimmel Live’s Outdoor Stage Monday evening (9/30). Lauded as an artist that has “...cut a path through modern country’s embrace of pop, hip-hop and EDM…” (New York Times) Pardi’s new album has been noted as “…strong stuff…” (Associated Press) and “..an emboldened work...one that draws both vitality and assurance from his anything-but-sterile relationship to his tradition's modern era…” (NPR), and was featured in the Los Angeles Times, New York Times fall preview and Billboard’s Most Anticipated Albums of Fall 2019. Heartache Medication is the follow up to Pardi’s #1 breakthrough, Platinum-selling album California Sunrise, which produced three #1 hits.

Pardi kicked off release week with several performances including Pandora’s Live Concert Series, where he was recognized as a Pandora Billionaire, achieving over 1 billion lifetime spins on Pandora, as well stops at YouTube’s New York headquarters, iHeart, People, and AOL Build. Following his performance Monday evening, Pardi will head back to Nashville for two consecutive sold-out headlining shows at the famed Ryman Auditorium as part of his Heartache Medication Tour. For tickets and for a full list of tour dates, visit http://www.jonpardi.com.

Posted by LovinLyrics at 5:35 PM