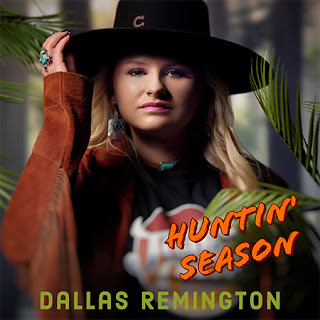 "Huntin' Season" is a song about a broken heart that finds healing in an unexpected twist of a new found skill," stated Dallas Remington"That's the best thing you ever done for me!"

The idea for the song originated when a friend told Dallas that his ex-wife's magazines subscriptions kept coming. With deep roots of family traditions and a true country raising, one magazine that Dallas quickly thought of was "Field & Stream." Growing up she had seen it laying on her dad's bedside table and at dentist & doctors offices. With a spark of imagination and creativity the four talented writers created the lyrics to "Huntin' Season" the next afternoon.  The lyrics and production are both unique and surprising as it leads the listener on an adventure of passion and the unexpected

Posted by LovinLyrics at 2:21 PM